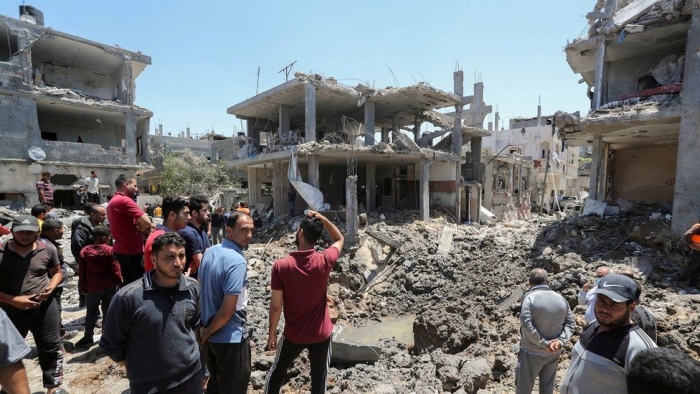 Israel has intensified its assault on Gaza, as Palestinian militants continue to fire rockets into Israel on the fifth day of hostilities.

Israel's military said air and ground forces were involved in attacks on Friday but had not entered Gaza.

Video from Gaza City showed the night sky lit up by explosions from Israeli artillery, gunboats and air strikes.

Some 119 people have been killed in Gaza and eight have died in Israel since fighting began on Monday.

Follow our live coverage of the Israel-Gaza conflict
Meanwhile, Jewish and...