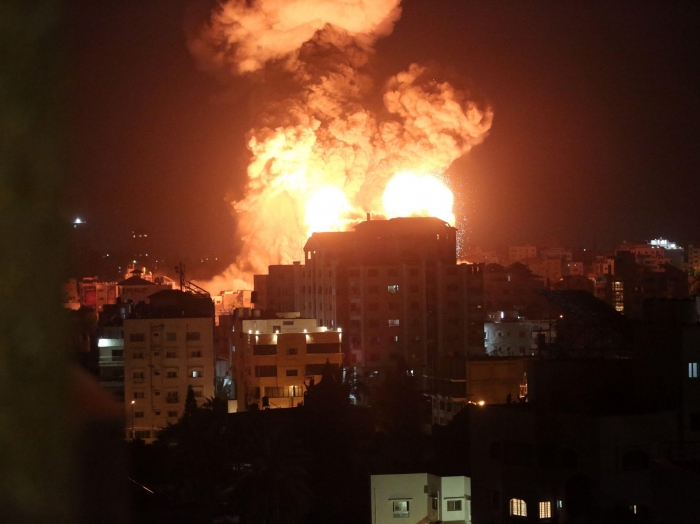 At least three rockets have been fired from Lebanon towards Israel, the Israeli military has confirmed.

The military said the rockets landed in the Mediterranean Sea, causing no damage or casualties.

It said after the rocket attack “according to protocol no sirens were sounded.”

The rockets were launched from the Qlaileh area north of Naqoura, near the border with Israel.