Gun Control and Gun Rights, Facts and Fact Checking, NRA, Joe Biden, fact checking
Save for Later
From The Left 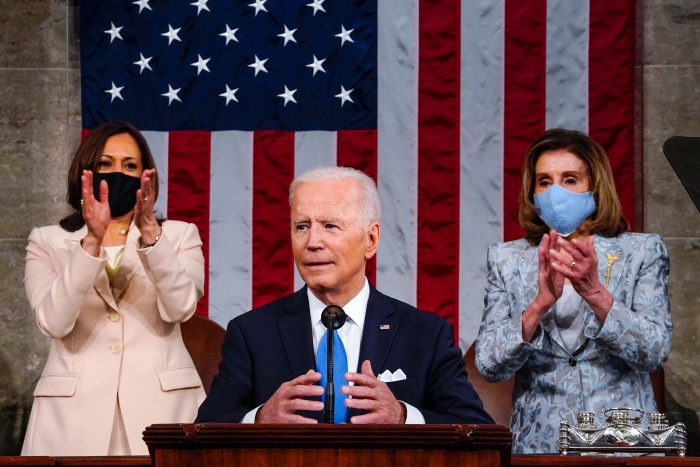 During his first address to a joint session of Congress on April 28, President Joe Biden called on lawmakers to take urgent action on gun violence in the U.S., which he declared an "epidemic."

There have been at least 142 mass shootings since Biden's first day in office, according to nonprofit research group Gun Violence Archive, which defines a mass shooting as incident with four or more people injured or killed.

Biden has said he is "not opposed to the Second Amendment." But a recent Instagram post from the National Rifle Association suggests otherwise.

"When the President of the United States says you don't need guns and ammo...YOU NEED GUNS AND AMMO. #PresidentialAddress," reads an April 28 tweet from the NRA shared as a screen grab to Instagram. Accompanying the text is an image of Biden during his speech.

Read full story
Some content from this outlet may be limited or behind a paywall.
Gun Control and Gun Rights, Facts and Fact Checking, NRA, Joe Biden, fact checking