Economic Policy, Infrastructure, Economy and Jobs, US Senate, US Congress
Save for Later
Add to My Front Page
From The Center 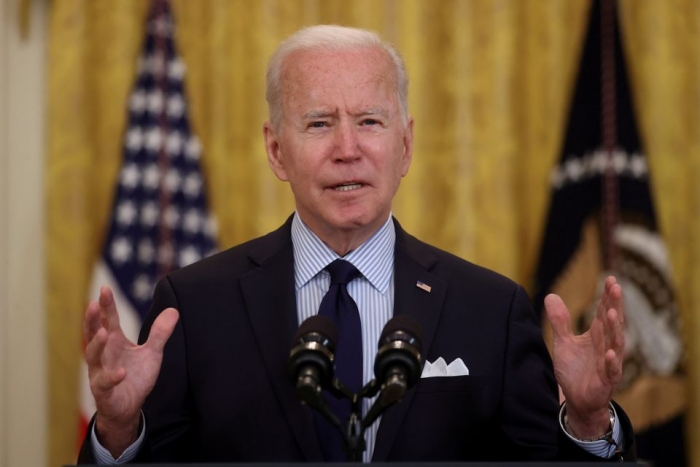 U.S. President Joe Biden said on Wednesday he sees room for a compromise on his proposal for trillions of dollars in infrastructure spending after meeting with Republican leaders but will move forward without the opposition party if necessary.

In their first White House meeting since Biden, a Democrat, took office in January, Senate Republican leader Mitch McConnell and House of Representatives Republican leader Kevin McCarthy signaled a willingness to work with the president on infrastructure but drew the line at tax increases.

Job openings in the US soar to record 9.3 million

America is hiring like never before. Job openings in the United States soared by nearly a million in April, setting a record for the most openings...

A bipartisan group of 10 U.S. senators says they agree on a "framework" for a deal on an infrastructure package, but the members did not release any details...

Here’s how much Americans in every wealth bracket would get, on average, from up to $50K of student...

During the 2020 presidential election, several candidates pledged their support for some form of student debt forgiveness — including President Joe Biden...

U.S. Inflation Is Highest in 13 Years as Prices Surge 5%

Consumer prices rose rapidly in May, reflecting a surge in demand and shortages of labor and materials. U.S. consumer prices continued to climb strongly in...

A bipartisan group of ten senators reached a deal on an infrastructure plan on Thursday to present to the Biden administration for further negotiations. The...

Job openings soared to a record high at the end of April, the labor Labor Department said Tuesday, adding to fears about unfulfilled demand for workers. The...

Energy Secretary Jennifer Granholm said Sunday the administration will push for a bipartisan deal on infrastructure but the House will begin marking...

President Joe Biden is reportedly coming down on the price tag on an infrastructure package in hopes of coming to a bipartisan compromise with a...