Trump used Facebook to amplify Fox News and its personalities. Of course the network wants him reinstated. 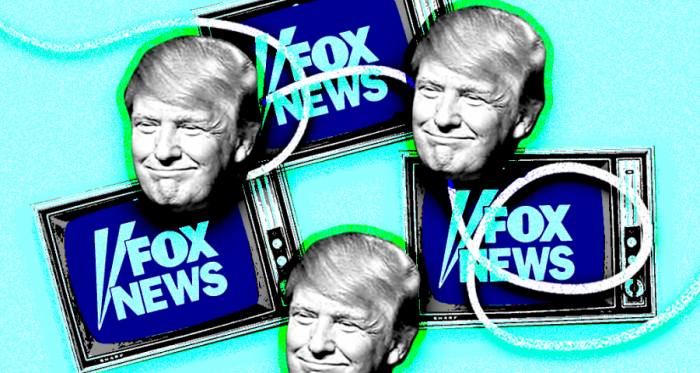 After the Facebook Oversight Board put the fate of former President Donald Trump’s account back in Facebook's hands, Fox News spent the day attacking both entities while pushing the baseless claim that social media is biased against conservatives. Fox’s reaction -- and talking points -- is of little surprise, given the symbiotic relationship between Trump and Fox; in fact, Matter Matters’ latest study shows that Trump frequently used Facebook to amplify Fox News, its programming, and its personalities.

Fox has mentioned “critical race theory” nearly 1,300 times in the past 3.5 months
OPINION

Critical race theory, to those who can actually define it, is an academic and legal framework that examines the impact of systemic racism on American society....

Joe Biden Spars With Reporter Who Asked Why He's 'Confident' Putin Will Change...

President Joe Biden sparred Wednesday with a reporter who asked what makes him confident that Russian President Vladimir Putin will change...

The right shouldn't be taking a victory lap. They should be asking why media and Big Tech were allowed to smear everyone who believed in the possibility of a...