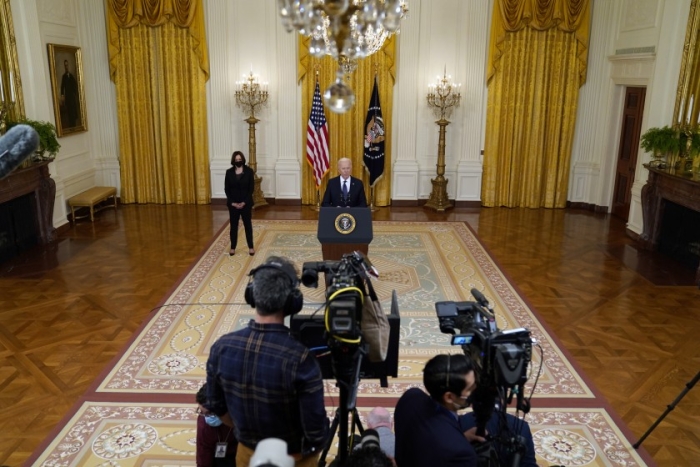 The White House has billed President Biden’s first formal meeting Wednesday with Congress’ “Big Four” leaders, two from each party, as an opportunity to talk about where Democrats and Republicans can find “common ground” on the country’s most pressing issues.

The early signs aren’t good. Last week, Senate Minority Leader Mitch McConnell of Kentucky said he was “100%” focused on stopping Biden’s agenda. And just hours before the White House meeting, House Minority Leader Kevin McCarthy of Bakersfield will lead his caucus’ expulsion of Wyoming’s Rep. Liz Cheney from its leadership because she has publicly condemned former President Trump for his lies that he won last year’s election.

The two Republican leaders’ short drive down Pennsylvania Avenue from Capitol Hill to the White House will be a journey between two realities, one dominated by Trump’s assault on the democratic process and the other rooted in traditional political debates about the role of government in American life. The challenge of bridging that gap has left few optimistic about the possibility for bipartisan dealmaking in Washington.

Read full story
Some content from this outlet may be limited or behind a paywall.
bridging divides, US Congress, bipartisanship, Joe Biden, Mitch McConnell, Kevin McCarthy, Nancy Pelosi, Chuck Schumer

PERSPECTIVES BLOG
When Chuck Schumer Turns Into Wile E. Coyote
NEWS
National Day of Dialogue. Christy Vines
How Do We Fix It?