Economy and Jobs, Economic Policy, Business, Janet Yellen, Facts and Fact Checking
Save for Later
Add to My Front Page
From The Left 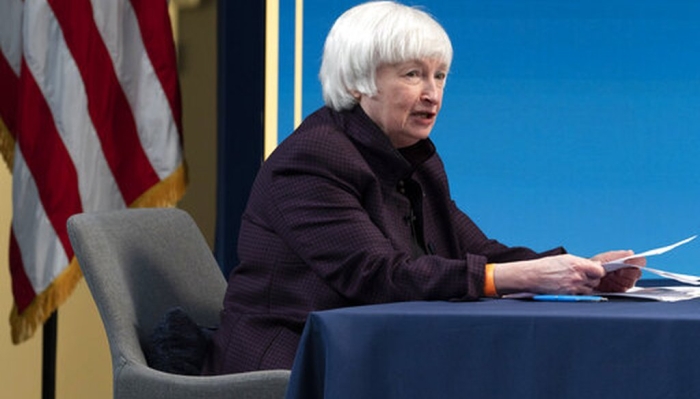 President Joe Biden wants to pay for much of his American Jobs Plan — a $2.65 trillion proposal to fund infrastructure, research and development, and other items — by raising the corporate tax rate to 28% from 21%.

That’s still below the 35% rate in effect before the tax law President Donald Trump signed in 2017. But Republicans argue that any increase would leave the United States at a competitive disadvantage internationally.

NEWS
Vaccines Benefit Those Who Have Had COVID-19, Contrary to Viral Posts
FactCheck.org

In his first speech before Congress, President Joe Biden argued it was time to turn the coronavirus pandemic into a historic opportunity to expand government...

In the Republican response to President Joe Biden's joint address to Congress, Sen. Tim Scott of South Carolina said Biden and Democrats were "pulling" the US...

The New York Post temporarily deleted, and then edited and republished, a debunked article that falsely claimed that copies of Vice President Kamala Harris'...

What the first police statement about George Floyd got wrong
ANALYSIS

A jury convicted former Minneapolis police officer Derek Chauvin for the murder of George Floyd after taking in nearly three weeks of witness testimony and...

A coalition of groups is calling on President Biden to create a task force that can explore ways to crack down on deliberate disinformation campaigns in ways...

President Biden told a heartfelt story last week about an Amtrak conductor congratulating him for riding more than 1.5 million miles – but the details of the...

Did a 2-Year-Old Die After Receiving a Dose of the Pfizer Vaccine?
FACT CHECK

Viral social media posts and articles claim that a 2-year-old passed away after receiving the Pfizer coronavirus vaccine. This claim relies on an entry in the...

New York Post reporter says she resigned over being 'forced' to write 'incorrect...

A reporter said that she resigned from the New York Post after she was "forced" to write the "incorrect" story about Vice President Kamala Harris's book being...