Culture, Politics, Polls
Save for Later
Add to My Front Page
From The Center 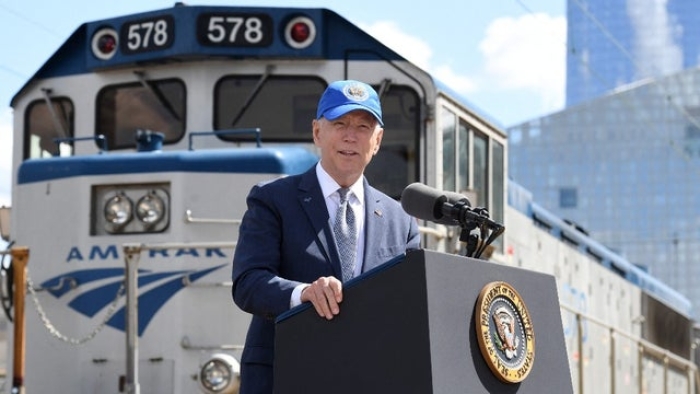 Nearly two-thirds of Americans are optimistic about the future with President Joe Biden as he reached his first 100 days in office, according to a new ABC News Poll.

The poll found that 64 percent of citizens are happy with the direction the country is going. That compares to the 36 percent who still are pessimistic about the notion.

This marks the first time since December 2006 where Americans have reached this height of optimism, according to the ABC poll.

Democratic US Senator Sheldon Whitehouse has apologised for – but has not left – an elite private beach club that refuses to accept anyone who...

The Media is Gaslighting America on Critical Race Theory
OPINION

Critical race theory has become one of the most hotly discussed issues facing our country over the last few months. Since the death of George Floyd, the...

How Americans Across The Country Celebrated Juneteenth This Year As A National Holiday For The...

After years of campaigning for Juneteenth to be recognized as a national holiday, Juneteenth National Independence Day was officially signed into law...

The United States Conference of Catholic Bishops on Friday proceeded with a plan that could deny communion to public figures who support abortion rights,...

US Catholic bishops OK steps toward possible rebuke of Biden

U.S. Catholic bishops overwhelmingly approved the drafting of a “teaching document” that many of them hope will rebuke Catholic politicians, including...

Think of a conspiracy theorist. How do they see the world? What stands out to them? What fades into the background? Now think of yourself. How does the way you...

A turbulent 2020 saw a rise in giving

Reports out of Myanmar indicate a country on the verge of economic collapse, a result of a military coup four months ago that has led to mass dissent, a...

Sen. Sheldon Whitehouse last week refused to apologize for his family's membership in a reportedly all-White beach club in his home state...

Conservatives in Florida, Idaho, and the nation's capitol are attempting to block public schools from teaching Critical Race Theory, an ideology...

A new powerful new documentary called "The Streets Were My Father" features three Chicago men, two Hispanics and one Black, who grew up without fathers. All...

The U.S. Conference of Catholic Bishops (USCCB) voted overwhelmingly to draft a formal document on the meaning of the Eucharist after a contentious...

Juneteenth Is a Good Holiday. Of Course the Government Is Screwing It Up.
OPINION

Making Juneteenth a national holiday really ought not to be controversial or complicated. Unfortunately, our political culture is dominated by a collection of...