At 100 Day Mark: Coverage of Biden Has Been Slightly More Negative Than Positive, Varied Greatly by Outlet Type

Media industry, Media Bias, Joe Biden
Save for Later
Add to My Front Page
From The Center 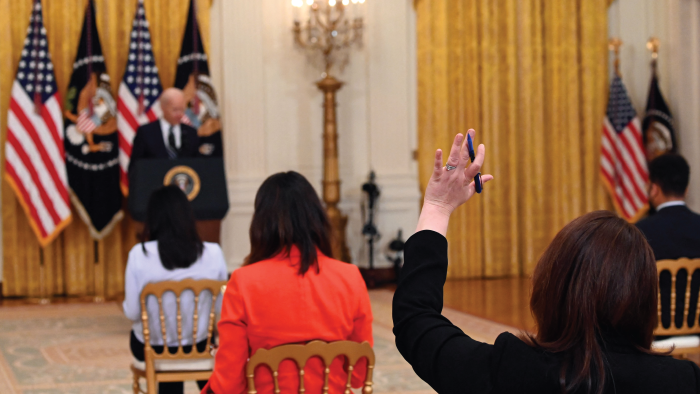 News coverage of President Joe Biden’s early days in office was modestly more negative than positive, and most of the stories were centered around his ideology and policy agenda rather than his character and leadership – a contrast with coverage of former President Donald Trump at the start of his administration, according to a new Pew Research Center study that examines media coverage of the new administration.

The Media is Gaslighting America on Critical Race Theory
OPINION

Critical race theory has become one of the most hotly discussed issues facing our country over the last few months. Since the death of George Floyd, the...

Last month, I texted Tucker Carlson to ask him a question that was on my mind: “Did you get vaccinated?” “When was the last time you had sex with your wife...

A new study of posts on popular public Facebook pages about the early days of the Biden administration finds that the focus of these posts, as well as the...

‘There will always be claims of cheating’ in elections, but fact-checkers can work together to...
ANALYSIS

Fact-checkers emphasized Tuesday the importance of collaboration in protecting election integrity and fighting back against false accusations of fraud....

Fox 26 Houston reporter Ivory Hecker, who teased her work with Project Veritas in a surprise off-script TV hit on Monday, was reportedly fired...

"CBS This Morning" co-host Tony Dokoupil gave a perplexing excuse Wednesday for a man seen in a viral video stealing multiple items at a San...