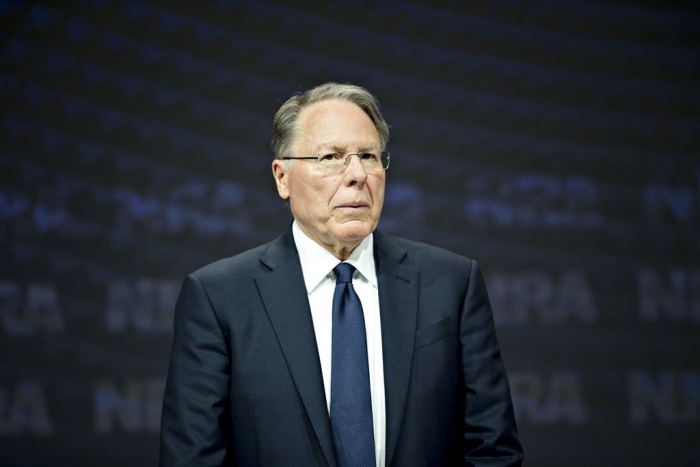 The National Rifle Association confirmed that a video going around shows its CEO, Wayne LaPierre, killing an elephant during a botched hunt.

The video was taken during a 2013 hunting trip to Botswana but was shared Tuesday by The New Yorker and the nonprofit journalism outlet The Trace.

In the nearly 10-minute video, LaPierre fires at the elephant, causing it to drop to the ground. Because the elephant is still alive, LaPierre and the group move closer to it.

A guide points to the spot where LaPierre needs to fire...

What if Cops Needed Permission to Draw Their Guns?
ANALYSIS

A year has passed since the most notorious police murder of a Black man this century, and so little has changed. With each week, the public learns that yet...

A shooting that erupted in the early hours of Wednesday morning at a light rail maintenance yard in San Jose, California, has left at least nine people...

We're Seeing A Spike In Workplace Shootings. Here's Why

Workplace mass shootings are rare, but the killing of eight people by a fellow employee at a Northern California rail yard on Wednesday marks the third such...

Etsy Bans Most Gun Accessories From Being Sold On Site

As of Tuesday, e-commerce company Etsy has banned all gun accessories that attach to a firearm.“Etsy has long prohibited the sale of weapons, including guns...