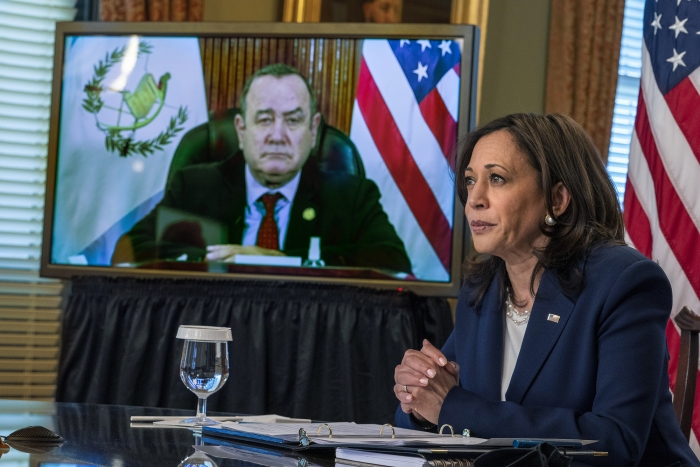 The United States will send an additional $310 million in aid to the Northern Triangle countries and train a Guatemalan “task force” in an effort to upend the migrant crisis overwhelming authorities at the southern border, Vice President Kamala Harris announced.

The announcement came in a statement Monday from Harris’ chief spokeswoman and senior adviser Symone Sanders after the VP’s meeting with Guatemalan President Alejandro Giammattei.

US extends Covid-19 travel restrictions with Canada and Mexico

The United States has extended Covid-19 restrictions on non-essential travel at land and ferry crossings with Canada and Mexico until July 21, according to a...

Egyptian President Abdel Fattah al-Sisi has had a few good months. The Turkish government has been bending over backward to improve bilateral ties that have...

President Joe Biden on Sunday said the United States had restored its presence on the world stage as he used his first overseas trip since taking office to...

The Biden administration is moving to impose a new slate of sanctions on Russia over the poisoning of outspoken Kremlin critic Alexei Navalny,...

Senator who votes with Democrats wants Biden's 'hair on fire' to get interpreters...

A senator who typically sides with Democrats is pressing President Joe Biden to do more to help Afghan interpreters who assisted U.S. forces there...