US Military, Afghanistan, Foreign Policy, World
Save for Later
Add to My Front Page
From The Right 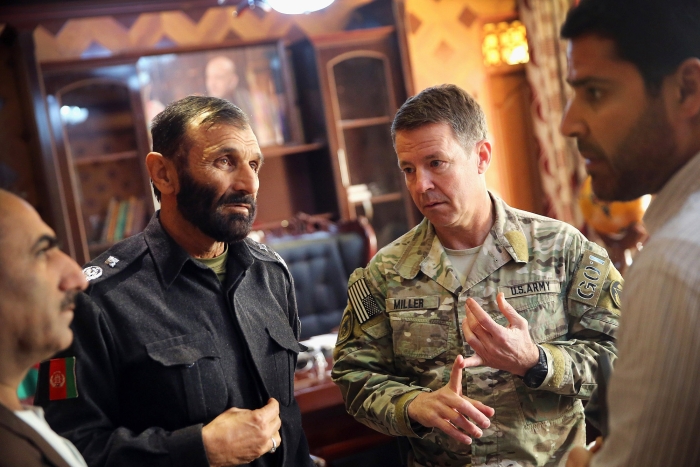 The United States has begun the troop withdrawal process in Afghanistan, a top Army commander revealed, after President Biden this month announced a full removal by Sept. 11.

Speaking to reporters at a news conference in Kabul on Sunday, US Army Gen. Scott Miller, commander of foreign forces in Afghanistan, made the revelation after being asked if American troop withdrawal had begun.

Go ad-free! Support AllSides.
About these ads
More news about US Military
https://nypost.com/2021/04/26/us-begins-troop-withdrawal-process-in-afghanistan/

The Supreme Court on Monday declined to hear a constitutional challenge to the male-only registration requirement for the draft filed by a...

Another day, another meaningless social media conflict in Washington DC totally divorced from the issues facing the country. Here’s how this one goes. On...

The Space Force has relieved an officer of his command after recent comments he made on a podcast criticizing the diversity and inclusion initiatives the...

Inside Washington’s Fight to Save Afghans Who Saved Americans

In 1975, as the United States was hastily extricating itself from the Vietnam War, a junior U.S. senator gave a speech arguing against offering lifelines to...