Climate Change, sustainability, Food, Facts and Fact Checking
Save for Later
Add to My Front Page
From The Center 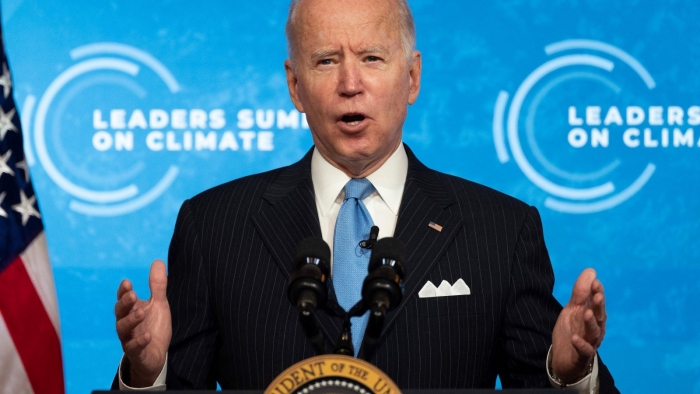 Tackling climate change was a central policy for Joe Biden during the 2020 election, and last week the president hosted a summit with 40 world leaders to discuss their response to the crisis.

The summit was followed by claims on social media that Biden plans to cut meat consumption in the U.S. to combat climate change.

Read full story
Some content from this outlet may be limited or behind a paywall.
Climate Change, sustainability, Food, Facts and Fact Checking

NEWS
Biden pitched a bold climate vision. He may be watching it die in Congress.
Politico

Biden pitched a bold climate vision. He may be watching it die in Congress.

TC Energy has formally terminated its Keystone XL pipeline project after consulting with Alberta’s government, marking a victory for Indigenous...

A faction of conservatives pushes to build its own climate movement

Before he became a climate activist during his freshman year of college, Benji Backer had spoken at the Conservative Political Action Conference...

A tiny, climate-conscious player is creating a giant headache for Big Oil
ANALYSIS

Exxon Mobil Corp., once a global superpower that could bend governments to its will, is locked in a battle against an upstart investor that wants to shake up...

An enormous chunk of ice bigger than Rhode Island has broken off an Antarctic ice shelf, according to the European Space Agency. The floating mass covers...

The prolonged and widespread heat wave in the West, along with the region's increasingly severe drought, is a sign of how climate change has already tilted the...

Climate conundrum: Tax on emissions is pragmatic but unpopular

President Biden is seeking an unprecedented level of U.S. reductions in greenhouse gas emissions. A surprising twist: His administration and others are shying...

China Has Promised To Go Carbon-Neutral By 2060, But Coal Is Still King

The walls and ceiling of the Nanshan mine shimmer black, carved straight into a 200 million-year-old coal seam running 1,300 feet underground. Black veins of...

To address global warming the White House has stated that president Biden’s green energy plan aims to set the US on a course toward achieving “net-...

G7 leaders agreed on Sunday to raise their contributions to meet an overdue spending pledge of $100 billion a year by rich countries to help poorer countries...

Whom does Facebook trust to censor content posted on its platform? A Ph.D. graduate from France. Really. The Frenchman, Emmanuel Vincent, started...

As he arrived in Europe to rally US allies against Russian hackers and Chinese secrecy on COVID-19’s origins, President Biden said that the...

Keystone XL developer to pull the plug on pipeline

TC Energy, the developer of the long-contested Keystone XL oil pipeline, is pulling the plug on the project, the company is poised to announce, according to a...

California and Nevada Are Now 100 Percent in Drought

California and Nevada are now both “100 percent in drought,” according to a federal monitoring system, with the dry conditions fueling concerns...

Federal Reserve Chairman Jerome Powell said Friday climate change is a threat to the global economy and called for the United States to lead a coordinated...