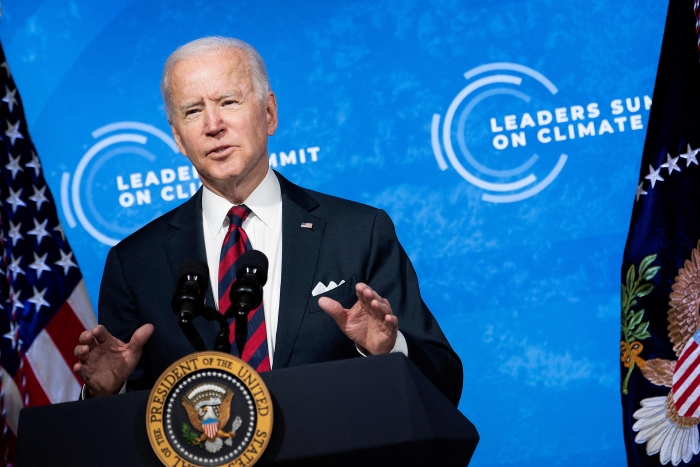 The pledges come shortly after Biden vowed to reduce U.S. emissions by at least 50% by 2030, more than doubling the country’s prior commitment under the 2015 Paris climate agreement.

Four years after President Donald Trump began to pull the US out of the landmark Paris climate agreement, President Joe Biden and his top officials are re-...