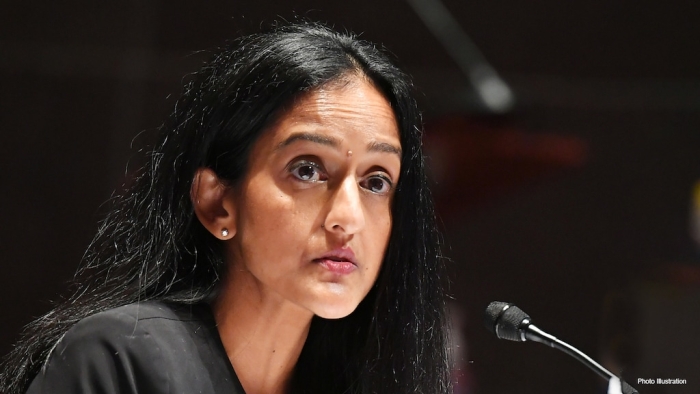 Ahead of the Senate vote on Vanita Gupta’s confirmation to be associate attorney general, Sen. Ted Cruz took one final shot at President Biden’s controversial Justice Department (DOJ) nominee, casting doubt on her "regret" of past remarks.

"During her hearing, Vanita Gupta said she regretted her 'harsh rhetoric,' pledged to be 'strictly nonpartisan' & said she wouldn’t engage in this rhetoric going forward," the Texas Republican wrote on Twitter. She’s since liked a tweet calling @NikkiHaley a snake. Gupta’s talk is cheap. She is a partisan ideologue."