Democrats are 'so angry' with Rep. Maxine Waters they would support censure effort against her

Maxine Waters, censure, House Democrats, US House
Save for Later
Add to My Front Page
From The Right 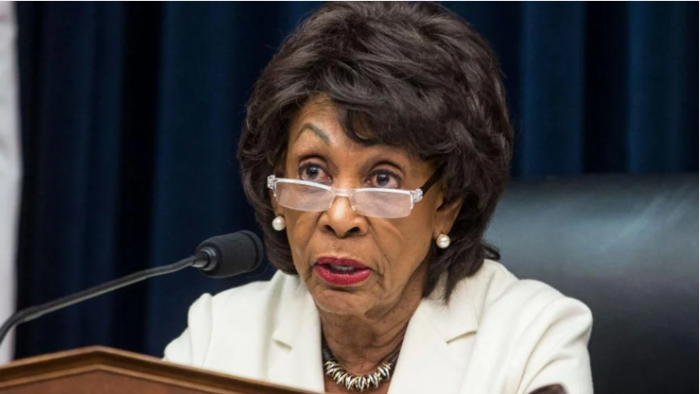 Rep. Maxine Waters (D-Calif.) is not only facing backlash from Republicans and Judge Peter Cahill for her incendiary comments related to the Derek Chauvin trial, but she also reportedly angered her Democratic colleagues.

According to Fox News reporter Chad Pergram, Democrats found Waters' comments "revolting" and there is "disgust" among the House Democratic caucus, which "metastasized" after Cahill publicly rebuked Waters.

Go ad-free! Support AllSides.
About these ads
More news about US House
https://www.theblaze.com/news/democrats-angry-maxine-waters-censure

Prosecutors in the Trump administration Justice Department subpoenaed Apple for data from the accounts of House Intelligence Committee Democrats --...

A few dozen House members helped bring bipartisan talks back from the dead on a massive spending bill passed six months ago. Now they want to do it again — in...

The Senate on Tuesday failed to advance the Paycheck Fairness Act, legislation aimed at addressing the gender wage gap that is a top agenda item for Democrats...

New findings from the House Committee on Oversight and Reform into infant inclined sleepers finds that Fisher-Price failed to ensure its Rock 'n Play...

Amazon, Other Tech Giants Could Be Forced to Shed Assets Under House Bill

House lawmakers are preparing to propose bipartisan legislation that could require Amazon . com Inc. and other technology giants to effectively split into two...

Divisions remain on infrastructure as clock ticks on bipartisan deal

Negotiations for an infrastructure package took center stage on Sunday as the clock ticks for the White House and Senate Republicans to strike a bipartisan...

Energy Secretary Jennifer Granholm said Sunday the administration will push for a bipartisan deal on infrastructure but the House will begin marking...

Biden Comes Out Against Establishing Presidential Commission To Investigate Jan. 6