Media industry, Violence in America, Criminal Justice, Brian Sicknick, Capitol Chaos
Save for Later
Add to My Front Page
From The Center 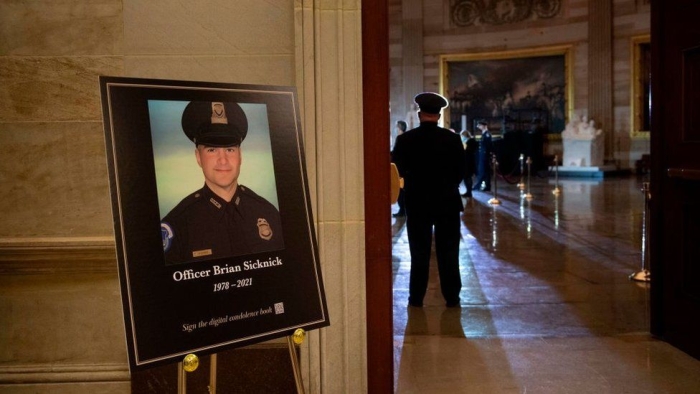 A US police officer who died after January's Capitol riot had two strokes and died from natural causes, the chief medical examiner for Washington DC has ruled.

Two men are accused of using a type of pepper spray on Officer Brian Sicknick.

However, the ruling means they are now unlikely to be charged with homicide.

The autopsy found no evidence of an allergic reaction to chemicals, nor of internal or external injuries, Dr Francisco Diaz said.

Officer Sicknick, 42, was defending the Capitol building from supporters of then President Donald...

NEWS
‘We’re Funding The Police And Then Some’: Gov. DeSantis Announces $1,000 Bonuses For All Florida First Responders
The Daily Caller