Violence in America, Criminal Justice, austin shooting
Save for Later
Add to My Front Page
From The Left 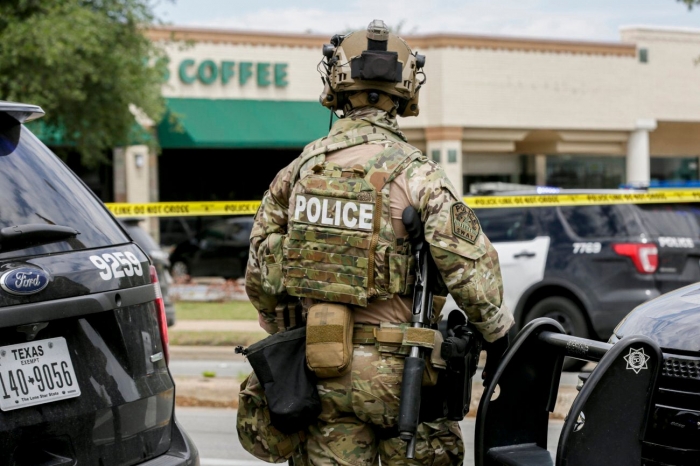 Three people were shot dead on Sunday in Austin, Texas as the manhunt continues for the gunman who fled the scene.

Police identified Stephen Nicholas Broderick, 41, as the suspect, and said that he is armed and dangerous. It is unknown if he fled on foot or in a vehicle.

Local residents were advised to shelter in place during the incident. Police later described it as a domestic situation, but said the scene as “very active” on Twitter.

NEWS
There Have Been, On Average, 10 Mass Shootings In The U.S. Each Week This Year
NPR (Online News)

When a man walked into a birthday party in Colorado Springs, Colo., over the weekend, killing six people and then himself, it was the deadliest mass shooting...

The three men accused of hunting down Ahmaud Arbery in Georgia and fatally shooting him pleaded not guilty to federal hate crime charges Tuesday afternoon...