Violence In America, Protests, Minnesota
Save for Later
From The Right 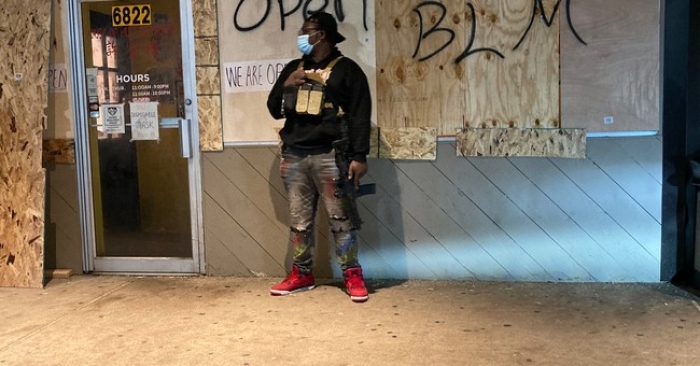 During a second night of violent Black Lives Matter rioting in Minneapolis Monday night, where Townhall's Julio Rosas has been reporting, armed citizens protected their property from damage.

Overnight police arrested dozens of individuals after they broke into private businesses and violated the government mandated curfew.

Meanwhile, reporters are back to calling rioting "peaceful protesting" and are inaccurately describing the scene.

Read full story
Some content from this outlet may be limited or behind a paywall.
Violence In America, Protests, Minnesota