National Defense, Afghanistan, us troops
Save for Later
From The Left 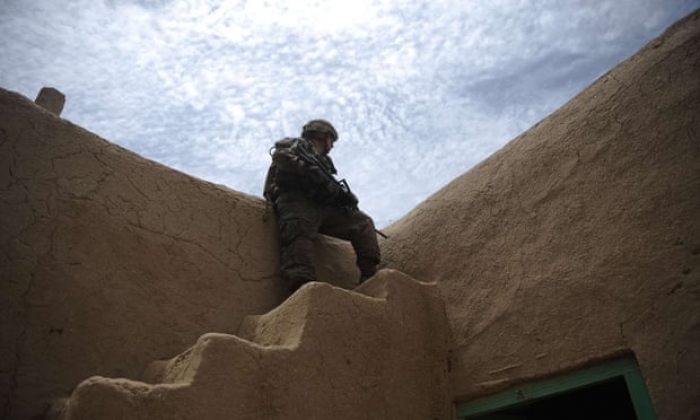 Joe Biden will withdraw all the remaining US troops from Afghanistan by September 11, the 20th anniversary of the al-Qaida terrorist attacks on New York and Washington, a senior administration official has confirmed.

The president is expected to make a formal announcement on Wednesday. There are currently about 2,500 US troops in the country, serving alongside 7,000 other foreign troops as part of a Nato coalition. Most, if not all, Nato allies are likely to withdraw in coordination with the US.

“We will remain in lockstep with them as we undergo this operation. We went in together, adjusted together and now we will prepare to leave together,” a US official said.

The drawdown of US troops will begin by 1 May, the withdrawal deadline the Trump administration agreed with the Taliban last year, and will be completed by the 9/11 anniversary.

“We went to Afghanistan to deliver justice to those who attacked us on September 11th and to disrupt terrorists seeking to use Afghanistan as a safe haven to attack,” a senior administration official said.

“We believe we achieved that objective some years ago. We judge the threat against the homeland now emanating from Afghanistan to be at a level that we can address it, without a persistent military footprint in the country and without remaining at war with the Taliban.”

The only remaining US military presence after September 11 this year will be security for the US embassy, a task normally carried out by marines. The Biden administration has said it will negotiate with the Afghan government over the precise security arrangements for the diplomatic mission in Kabul.