Middle East, Iran
Save for Later
Add to My Front Page
From The Center 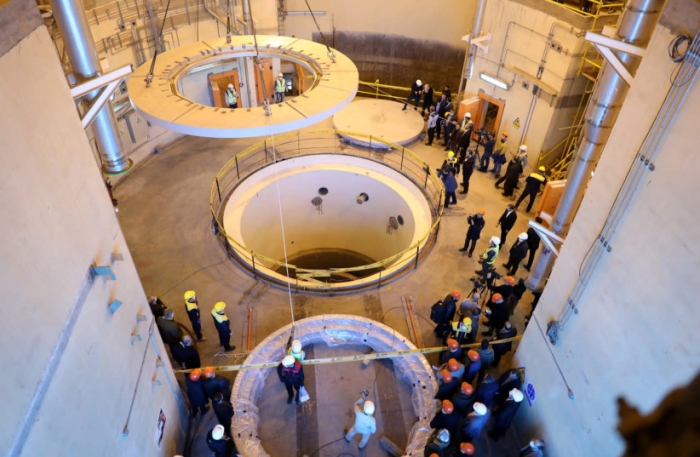 In a potentially unprecedented escalation, Iran's top nuclear negotiator Abbas Araqchi announced on Tuesday that the Islamic Republic has begun 60% uranium enrichment, according to state media, Reuters reported.
In order for uranium to be weaponized, it must be enriched to 90%.

Under the 2015 nuclear deal, Iran had to stay below 5% nuclear enrichment.
However, both before the nuclear deal and since the Islamic Republic started violating the deal in 2019-2020, it has enriched some of its uranium stock to a mid-level 20%.
Even the jump...

The Israeli air force has destroyed a tower block in Gaza City housing the offices of the Associated Press and Al Jazeera in what has widely been decried as an...

Israeli ground forces carried out attacks on the Gaza Strip early Friday in an escalation of a conflict with Palestinian militants that had been waged by...

At least three rockets have been fired from Lebanon towards Israel, the Israeli military has confirmed. The military said the rockets landed in the...

Hamas sent a heavy barrage of rockets deep into Israel on Thursday as Israel pounded Gaza with more airstrikes and shells and called up 9,000 more reservists...

Israel slammed the Gaza Strip with airstrikes on Saturday, in a dramatic escalation that included bombing the home of a senior Hamas leader, killing a family...

Turmoil from the battle between Israel and Hamas spilled over into the West Bank on Friday, sparking the most widespread Palestinian protests in years as...

'Creating The Enemy Of The Future': How 2 Palestinians See The Clash With Israel

Israel is pounding the Gaza Strip with artillery and tank fire as well as airstrikes, sending Palestinians rushing to find safety in the latest escalation of...

Israel has intensified its assault on Gaza, as Palestinian militants continue to fire rockets into Israel on the fifth day of hostilities. Israel's military...

Despite the convulsion of Israeli-Palestinian violence, there are signs that the arrival of a diplomacy-first Biden administration has accelerated a “...

President Biden is facing pressure from warring factions within his own party on how he ought to respond amid an escalating bloody conflict between Israel and...

Rockets from the Gaza Strip continued to rain on Israeli cities overnight and Thursday as Israel’s military stepped up its offensive against terror groups in...