Transportation, Infrastructure, GOP
Save for Later
Add to My Front Page
From The Right 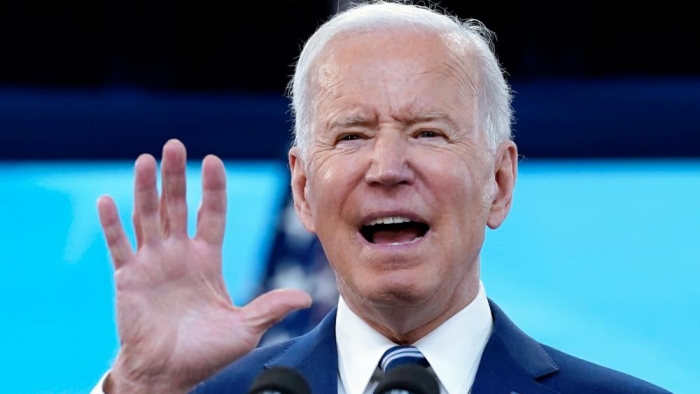 The White House is moving full steam ahead on President Biden's massive $2.3 trillion infrastructure plan though it's still too early to tell if it will garner bipartisan support given its scope, cost, and what it defines as infrastructure.

"It's about investing in infrastructure," Biden told reporters Monday. "Infrastructure not for the 20th century, but the 21st century."

This week he's meeting with senators from both political parties, as the administration makes its latest attempt to broaden the idea of what's traditionally been called infrastructure.

NEWS
Behind stalled bill: Infrastructure is about visions for America
Christian Science Monitor

Road deaths jumped 7.2 percent in 2020 from the year before, hitting a 13-year high, even though people weren’t driving as much, according to the National...

With tens of million of drivers expected to hit the road this Memorial Day weekend, none of them will be thrilled to see that the price of gas is at its...

A growing number of gas stations along the East Coast are without fuel as nervous drivers aggressively fill up their tanks following a ransomware attack that...

President Biden delivered remarks on Friday to celebrate 50 years of service by Amtrak, arguing that expanding and investing in the country's passenger rail...

Coming this summer: Gas stations running out of gas

Millions of people stuck at home for more than a year are expected hit the road for much-needed post-pandemic vacations this summer. Good luck finding gas....

Behind stalled bill: Infrastructure is about visions for America

Gasoline prices are expected to be the highest for a Memorial Day weekend in seven years, and prices could stay elevated all summer, as Americans take to the...

Bipartisan infrastructure talks between Senate Republicans and the White House are on life support, with the two sides $1.5 trillion apart on a final price tag...

In May 2021, U.S. Energy Secretary Jennifer Granholm faced criticism for her financial stake in Proterra, an electric car company, while U.S. President Joe...

‘Setting the Planet on Fire’ – AOC Scolds Joe Biden for Negotiating with Republicans on...
ANALYSIS

Biden Electric-Vehicle Subsidies: A ‘Green’ Giveaway to the Rich
OPINION

Regardless of party affiliation, few Americans support taxpayer subsidies for the rich and well-off. But if you look closely at his plans for electric...

Yesterday I visited a movie theater for the first time in more than a year. Amid the endless ads and previews, the management repeatedly begged us to see...

President Biden has overseen a steep increase in gas prices since taking the oath of office in January. On January 21, an average gallon of regular gasoline...