Donald Trump, Mitch McConnell, Republican Party
Save for Later
Add to My Front Page
From The Right 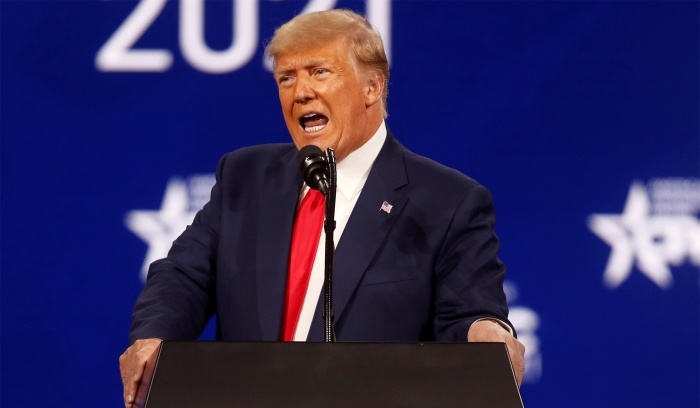 “If that were Schumer instead of this dumb son of a b****, Mitch McConnell, they would never allow it to happen,” Trump said, according to the Washington Post, referring to the certification of the 2020 election results.

Read full story
Some content from this outlet may be limited or behind a paywall.
Donald Trump, Mitch McConnell, Republican Party

The Biden administration has zinged Russia and China over human rights and alleged thuggery against their neighbors, cut off some arms sales to Saudi Arabia,...

The No. 3 Republican in the U.S. House of Representatives on Monday said former President Donald Trump was “poisoning our democratic system” with his...

Twitter will not reinstate former President Donald Trump’s account, according to an executive, which comes as Facebook’s oversight board announced he will...

‘People Are Going To Be Very, Very Happy When I Make A Certain Announcement!’ Donald Trump Hints At...

One question at the forefront of the minds of supporters and critics alike of former President Donald Trump is whether he will return to the campaign trail and...