Republican Party, Ron DeSantis, Donald Trump
Save for Later
Add to My Front Page
From The Left 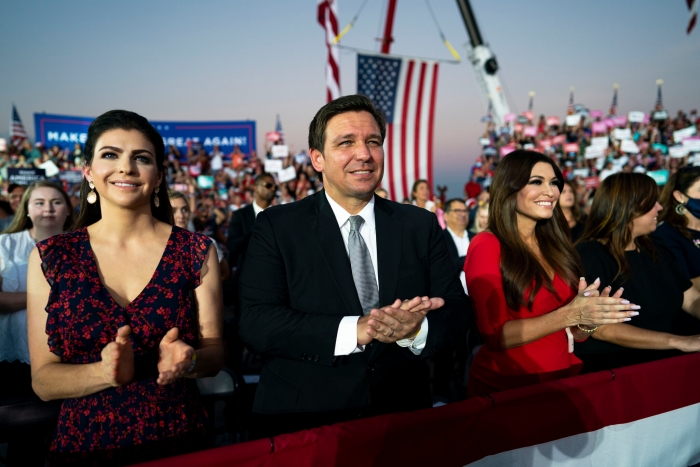 No one had to tell Ron DeSantis that his mock debates had bordered on disastrous. His answers rambled. He seemed uninspired.

By the time he got to the greenroom of the biggest political stage of his career, a Republican primary debate for Florida governor in June 2018, he had made a risky decision.

“I thought about everything we did in debate practice,” his campaign manager, Brad Herold, recalled Mr. DeSantis telling him. “I’m going to throw it out and do my own thing.”

Read full story
Some content from this outlet may be limited or behind a paywall.
Republican Party, Ron DeSantis, Donald Trump

In GOP stronghold, Biden pushes for his infrastructure plan

With a badly aging bridge as his backdrop, President Joe Biden stood in reliably Republican Louisiana on Thursday to pressure GOP lawmakers to support his $2.3...

Even as Rep. Elise Stefanik has consolidated her position as the likely replacement for Rep. Liz Cheney as the No. 3 House Republican, her voting record has...

President Biden took office more than three months ago, but Republicans are not any closer to accepting his victory now than they were then. The latest CNN/...

The vote to determine House Republican Conference Chair Liz Cheney’s fate in leadership is scheduled for Wednesday morning, according to an announcement sent...

Months into a mammoth health-messaging campaign encouraging Americans to get vaccinated against COVID-19, we can say two things with confidence about the...