Portland ICE building burns amid another night of violent protests

Violence in America, Portland, Antifa
Save for Later
Add to My Front Page
From The Right 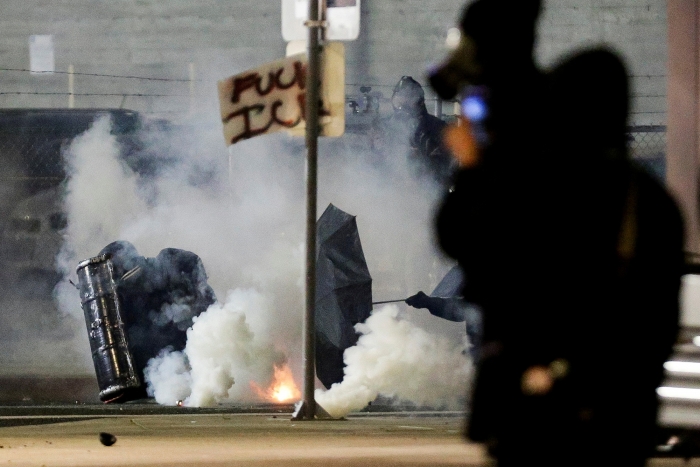 A US Immigration and Customs Enforcement facility burned during a Saturday night protest in Portland, Ore., that ended with federal agents shooting pepper balls to disperse rioters, according to reports.

The run-in marked another evening of chaos in the City of Roses, where sometimes-violent protests have raged nearly nightly for almost a year.

“The Portland ICE facility is currently on fire,” wrote independent journalist Grace Morgan in a tweet accompanied by a 7-second video clip of the small blaze.

In the clip, flames lap at a large sheet of wood...

NEWS
There Have Been, On Average, 10 Mass Shootings In The U.S. Each Week This Year
NPR (Online News)

When a man walked into a birthday party in Colorado Springs, Colo., over the weekend, killing six people and then himself, it was the deadliest mass shooting...

The three men accused of hunting down Ahmaud Arbery in Georgia and fatally shooting him pleaded not guilty to federal hate crime charges Tuesday afternoon...