Immigration, Refugees, Border Crisis, biden administration
Save for Later
Add to My Front Page
From The Right 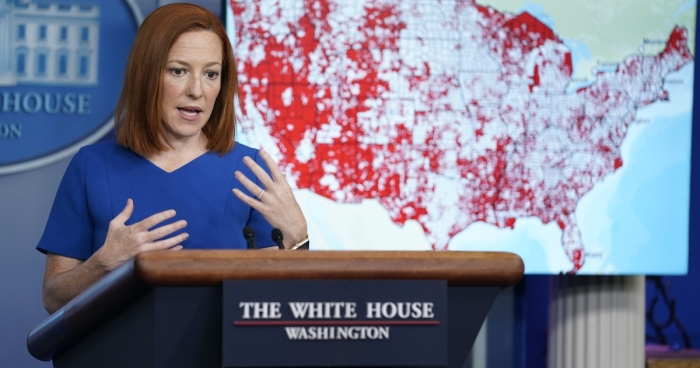 The White House recommitted to increasing the limit President Donald Trump placed on refugee admissions as the Biden administration confronts a surge in migrant crossings at the southern border.

In February, President Joe Biden and his administration promised to increase the country's refugee intake to 62,500 this fiscal year, up from 15,000 under Trump.

The Biden administration is working "to surge humanitarian assistance to" Central American countries and to offer new "legal paths" for migration, according to...

For Deivis Nahum Espina, a tragedy fell from the sky — severe floods inundated his village in Honduras, destroying crops, homes and causing landslides. “It...

Nearly 1,000 people per day are sneaking into the United States without being identified or taken into custody because U.S. border agents are busy attending to...

Southern border coordinator Roberta Jacobson’s last day in the Biden White House will be at the end of April before she retires, she announced on Friday....

U.S. authorities picked up a record number of unaccompanied children —nearly 19,000— at the southern border in March, U.S. Customs and Border Protection said...

The West’s Obsession With ‘Good Refugees’ Is Bad Policy
ANALYSIS

Ty McCormick’s Beyond the Sand and Sea is a heart-wrenching story that chronicles the life of a Somali family trapped in a seemingly endless state of...

Three hotels on the southern border have been taken over by the federal government to house hundreds of migrant families as they are processed then released...

The Biden administration proposed $52 billion for the Department of Homeland Security this coming year, holding the current spending level roughly flat even as...

More than 1,300 migrant children are being held at coliseum where sexual abuse is alleged

The number of migrant children being detained at a facility in San Antonio, Texas, has nearly tripled in less than two weeks, as state and federal agencies...

An MS-13 gang member from El Salvador was arrested after crossing into the United States illegally, said the Border Patrol on Wednesday. The 28-year-old El...

Hundreds of migrants caught at US-Mexico border as video of young boy raises pressure on Biden...

Around 200 migrants have been apprehended by Border Patrol near a small town in Texas this week, a report found, with images showing agents handing out...