Elections, gubernatorial election, New York, Lee Zeldin, Andrew Giuliani
Save for Later
Add to My Front Page
From The Center 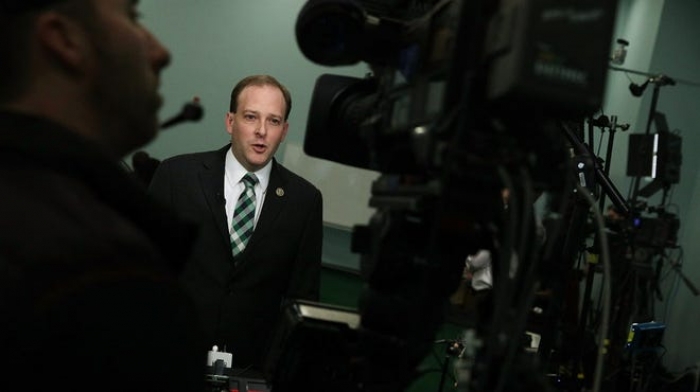 Rep. Lee Zeldin, a Long Island Republican who closely allied himself with former President Donald Trump as a member of Congress, has entered the race for New York governor.

Zeldin launched his campaign Thursday well ahead of the 2022 election, when embattled Democratic Gov. Andrew Cuomo would be seeking a fourth term if he decides to run and he's not removed from office by then.

The congressman is one of several New York Republicans eyeing the governor's office.

A group of top Democratic Party pollsters are set to release a public statement Tuesday acknowledging “major errors” in their 2020 polling — errors that left...

Georgia has a long history of racial inequity at the ballot box. Voters wait an average of just six minutes in line after 7pm in precincts where 90% of...

Transgender rights activist and reality TV star Caitlyn Jenner and her political advisers are gathering at her Malibu home next week to discuss her potential...

Senate Minority Leader Mitch McConnell on Monday warned corporations of “serious consequences” if they use their economic power in support of what he described...

The 2016 and 2020 election cycles weren’t the best of times for public opinion polls. In 2016, many preelection surveys underestimated support for Donald Trump...

Former President Trump’s endorsements pose a test for him ahead of 2022 as he looks to flex his political muscle after leaving office. The former president...

Americans Oppose Many Voting Restrictions — But Not Voter ID Laws

Last week, Gov. Brian Kemp signed a sweeping package of voting restrictions into law in Georgia. The new regulations — including a ban on giving food and water...

Nikki Haley for President 2024: Not If Trump Runs

Nikki Haley, former South Carolina governor and United Nations ambassador, said she will only consider a run for president in 2024 if former President Donald...

It’s not ‘Jim Crow’ to require ID, to expand weekend voting, or to provide food and drink for the general public near polling places. President Joe Biden is...