State Department, Olympics, China, Uighurs
Save for Later
From The Center 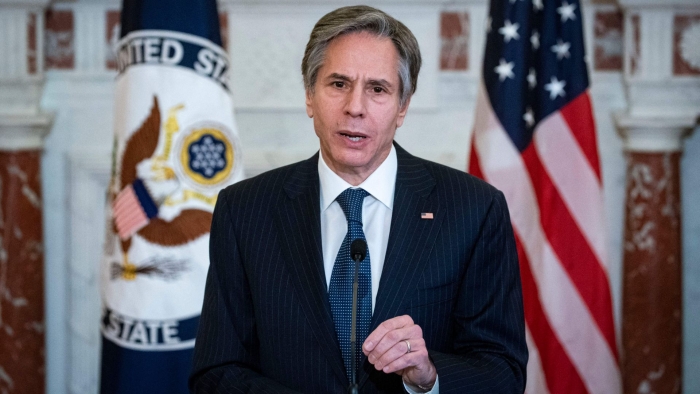 The U.S. has publicly raised the threat of a joint boycott of the 2022 Winter Olympics in China with its allies and partners, State Department spokesperson Ned Price said during a press conference on Tuesday.

Why it matters: An Olympics boycott by the U.S. and its allies could help persuade the International Criminal Court to open an investigation into Beijing's actions in Xinjiang, human rights lawyer Djaouida Siaci tells Axios' Bethany Allen-Ebrahimian.

Context: This would be the first U.S. Olympic boycott since Moscow in 1980 and comes as the Biden administration attempts to hold Beijing accountable for its sweeping campaign against ethnic minorities in the far west region of Xinjiang.

Republican Sen. Mitt Romney has called for an economic and diplomatic boycott.