voting rights and voter fraud, Elections, Georgia, Mitch McConnell
Save for Later
Add to My Front Page
From The Left 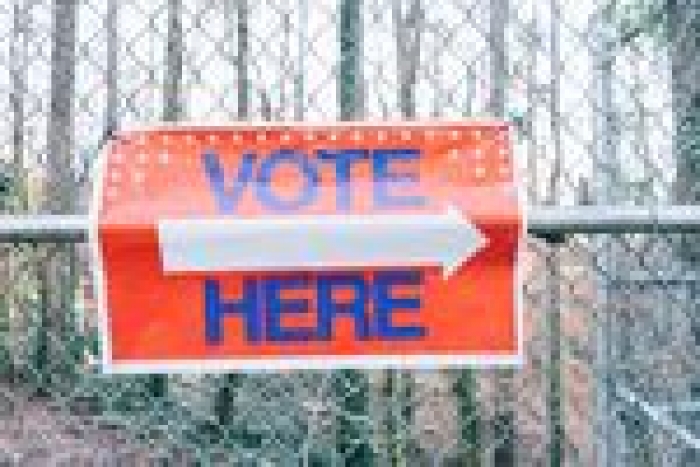 Senate Minority Leader Mitch McConnell on Monday warned corporations of “serious consequences” if they use their economic power in support of what he described as far-left causes, including opposition to a new voting law in Georgia.

“From election law to environmentalism to radical social agendas to the Second Amendment, parts of the private sector keep dabbling in behaving like a woke parallel government,” McConnell said. “Corporations will invite serious consequences if they become a vehicle for far-left mobs to hijack our country from outside the constitutional order.”

Read full story
Some content from this outlet may be limited or behind a paywall.
voting rights and voter fraud, Elections, Georgia, Mitch McConnell

NEWS
Should corporations take a stand on voting rights?
Yahoo! The 360

Florida’s legislature on Thursday night became the latest to approve far-reaching legislation imposing new rules on voting and new penalties for those who do...

Despite the push from activists, corporate leaders and Democrats to reject legislation imposing new restrictions on voting, late Thursday, the Florida...

Voting in the 2020 election presented Zoe Douglas with a difficult choice: As a therapist meeting with patients over Zoom late into the evening, she just wasn’...

Georgia has a long history of racial inequity at the ballot box. Voters wait an average of just six minutes in line after 7pm in precincts where 90% of...

In the months since the 2020 election, partisan conflicts over election rules and procedures – both at the state and federal levels – have become increasingly...

After Georgia: Here Are 4 States To Watch Next On Voting Legislation

While the debate and recriminations over Georgia's controversial new election law continue, some attention turns elsewhere, to other states where lawmakers are...

Hundreds of companies and executives released a letter on Wednesday condemning legislation that restricts "any eligible voter from having an equal and fair...

A poll released Monday by Fox News shows an overwhelming majority of voters support the requirement to show a valid ID to prove citizenship before voting....

The Senate Judiciary Committee will hold a hearing Tuesday to discuss a purported “assault on the right to vote.” The hearing, dubbed “Jim Crow 2021: The...

Georgia Secretary of State Brad Raffensperger claimed that Democrats barred him from testifying in front of the Senate Judiciary Committee during their hearing...

Biden warns Georgia to 'smarten up' and 'stop it' or risk losing more woke...

President Joe Biden sided with woke businesses like Coca-Cola and Delta Air Lines in their criticism of Georgia's new voting law on Tuesday, telling the Peach...