sustainability, US Military, Pentagon, Climate Change, Pollution
Save for Later
Add to My Front Page
From The Right 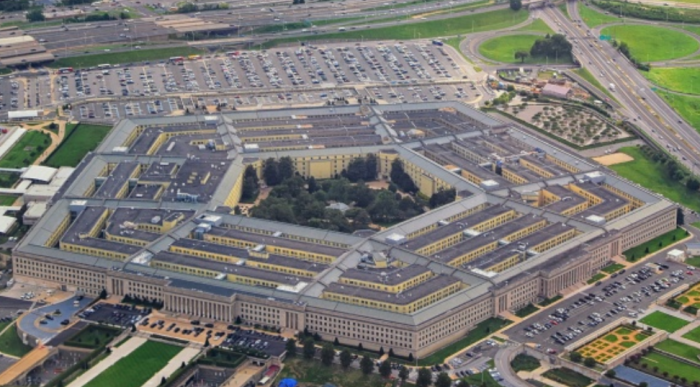 The proposed plan targets $180 billion toward emerging technologies, including investments in environmental programs at the Defense Department.

Among the items included was funding for the use of renewable energy instead of fossil fuels for military vehicles, and mandating all non-combat vehicles be electric by 2030.

The Biden administration considers climate change a top priority, and the Pentagon, the world's single largest energy consumer, will play a key role.

"Moving off fossil fuels into renewables...

Read full story
Some content from this outlet may be limited or behind a paywall.
sustainability, US Military, Pentagon, Climate Change, Pollution

The record surge in global renewable power seen in 2020 is set to become the “new normal” in coming years, a new analysis suggests. Last year, renewable...

The Environmental Protection Agency has ordered an oil refinery in the US Virgin Islands to pause all operations, citing “at least four incidents” in which the...

How to plan an eco-friendly remodel without overspending

When Cliff and Karen Tyllick set out to install solar panels on their Austin, Texas , home in 2012, their goal was to reduce their carbon footprint. The fact...

Chemical giants DuPont and Daikin knew the dangers of a PFAS compound widely used in food packaging since 2010, but hid them from the public and the Food and...

Reaching Back To The New Deal, Biden Proposes A Civilian Climate Corps

With college classes going online because of COVID-19, Joe Spofforth put his double major in political economies and educational studies on hold to move West...

Over the last two decades, the US has seen incredible growth in renewable energy: Roughly a 12,000% increase in the installed capacity of solar panels and 4,...

The operator of a major pipeline system that transports fuel across the East Coast said Saturday it had been victimized by a ransomware attack and had halted...

Deforestation in Brazil's Amazon spiked in April despite conservation promises

Deforestation in the Brazilian Amazon saw a sharp increase in April compared with the same month last year, according to The Associated Press. Preliminary...

Lines at gas stations are a feature, not a bug, of Biden's green future
OPINION

Every now and then, a reminder emerges of just how amazing America’s free market economic system really is — the very system that leftists ignorantly decry as...

California to Halt Fracking Permits by January 2024, Phase Out Oil Extraction by 2045