Russia, Foreign Policy, Ukraine, biden administration, State Department
Save for Later
Add to My Front Page
From The Center 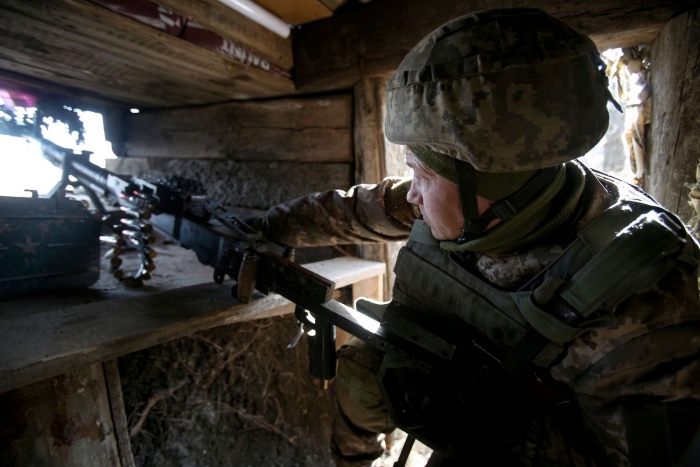 Russia is massing an unusual number of troops on the border with Ukraine, posing an early test for the Biden administration as it looks to repair relations with NATO allies and distinguish itself from former U.S. President Donald Trump’s controversial approach to relations with Moscow.

The buildup of forces on the Ukrainian border, along with hundreds of cease-fire violations in Ukraine’s eastern territories controlled by Russia-backed separatists, has alarmed NATO and sparked a flurry of phone calls between senior members of the Biden administration and their Ukrainian and Russian counterparts.

Read full story
Some content from this outlet may be limited or behind a paywall.
Russia, Foreign Policy, Ukraine, biden administration, State Department

Jailed Kremlin critic Alexey Navalny said Friday that he is ending his weekslong hunger strike, following a warning from doctors close to him that he was close...

Joe Biden faces a key test of his commitment to climate action this week, when he sets out his core plans for tackling the climate crisis and calls on all of...

Jailed Russian opposition leader Alexey Navalny, who's been on a hunger strike for more than two weeks to demand proper medical care, has been transferred to a...

Leaders of countries like Brazil, Canada and Japan made commitments on Thursday to curb domestic greenhouse gas emissions and tackle climate change during...

Russia’s Defense Ministry ordered its troops to begin withdrawing from the Ukrainian border in a move that could help de-escalate tensions with Kyiv and the...

As President Joe Biden convenes a virtual climate summit on Thursday with 40 world leaders, he faces a vexing task: how to put forward a nonbinding but...

Thirteen of the nation’s leading electricity companies are pledging to work with President Biden to slash carbon emissions ahead of Thursday’s international...