voting rights and voter fraud, Voter Suppression, Joe Biden, election law, Elections
Save for Later
Add to My Front Page
From The Right 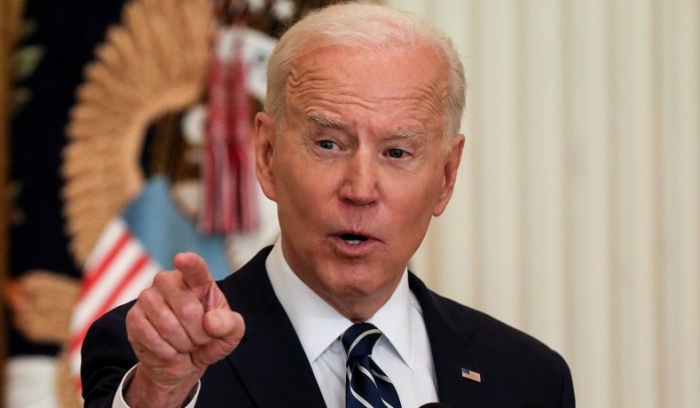 It’s not ‘Jim Crow’ to require ID, to expand weekend voting, or to provide food and drink for the general public near polling places.

President Joe Biden is so committed to bipartisan cooperation and fact-based governance that he’s launched an ignorant and incendiary attack on the new Georgia voting law.

Biden says the new law is “Jim Crow in the 21st century” and “an un-American law to deny people the right to vote.”

Read full story
Some content from this outlet may be limited or behind a paywall.
voting rights and voter fraud, Voter Suppression, Joe Biden, election law, Elections

AllSides Media Bias Rating: Right
You agree.
Thank you! Community votes alone don't determine our ratings, but are valuable feedback and can prompt us to do more research.
96716/78517

After a contentious debate that stretched into early Friday, Republicans in the Texas House advanced a bill to tighten voting restrictions, joining a number of...

Florida’s legislature on Thursday night became the latest to approve far-reaching legislation imposing new rules on voting and new penalties for those who do...

In the months since the 2020 election, partisan conflicts over election rules and procedures – both at the state and federal levels – have become increasingly...

Maricopa County Officials Refusing to Turn Over Routers to Auditors

Officials in Maricopa County, Arizona, are refusing to comply with subpoenas from the state Senate that require them to turn over routers or router images to...

A poll released Monday by Fox News shows an overwhelming majority of voters support the requirement to show a valid ID to prove citizenship before voting....