Politics, Hunter Biden, Gun Control and Gun Rights, Secret Service
Save for Later
From The Right 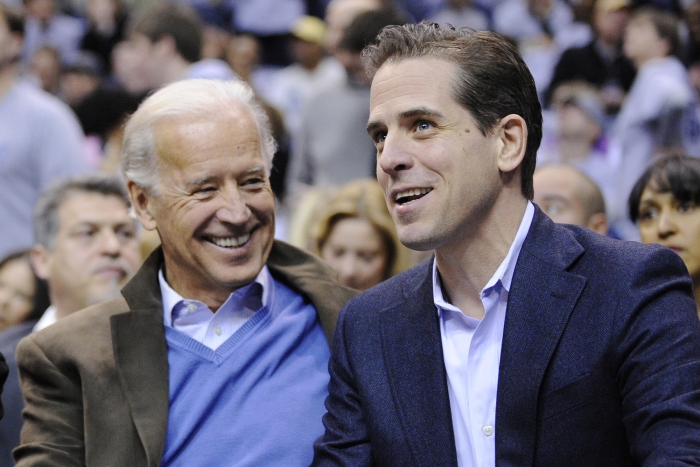 Hunter Biden sent a text message that said the Secret Service responded after his handgun disappeared in 2018 — contradicting the agency’s assertion that it wasn’t involved, The Post has learned.

In a lengthy message sent the following year, President Biden’s son described the situation in detail, saying his former sister-in-law-turned-lover, Hallie Biden, tossed the firearm into a trash bin outside Janssen’s Market, a gourmet grocery store in Wilmington, Del.

Earlier this year, when California Gov. Gavin Newsom was searching for the right message to convince disengaged Democrats to vote against...

Supreme Court Justice Amy Coney Barrett argued Sunday that decisions by the high court aren't driven by political views and said she and her...

In a blitz of TV ads and a last-minute rally, California Democratic Gov. Gavin Newsom urged voters Sunday to turn back a looming recall vote that could remove...

Former presidential and New York mayoral candidate Andrew Yang is set to launch a third party next month, according to two people familiar with the matter....

President Joe Biden is on vacation again this weekend as the crises his administration has created consume a troubled country which he apparently needs a few...

"Toadies for billionaires” is how one excitable correspondent describes the Republican Party. But nobody seems to have told the billionaires....