'Day is not over yet': At least 5 dead as apparent tornadoes pummel Alabama; 50M people in the South in path of severe weather

Disaster, Environment, Sustainability, Alabama, General News
Save for Later
From The Left 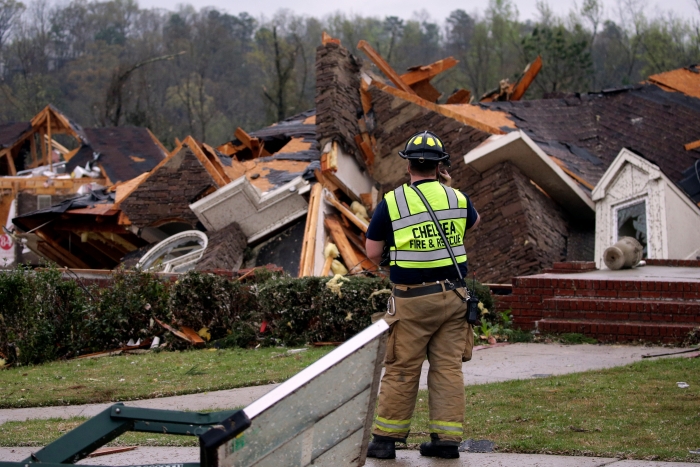 At least five people died on Thursday as multiple apparent tornadoes touched down in Alabama, the second line of severe storms to slam the state in two weeks.

The tornado moved across the state, the National Weather Service said, and there were reports of homes destroyed, trees knocked over, and people injured and trapped. More than 35,000 customers were without power in Alabama,according to poweroutage.us.

Read full story
Some content from this outlet may be limited or behind a paywall.
Disaster, Environment, Sustainability, Alabama, General News