World, Trade, Suez Canal, Egypt
Save for Later
From The Center 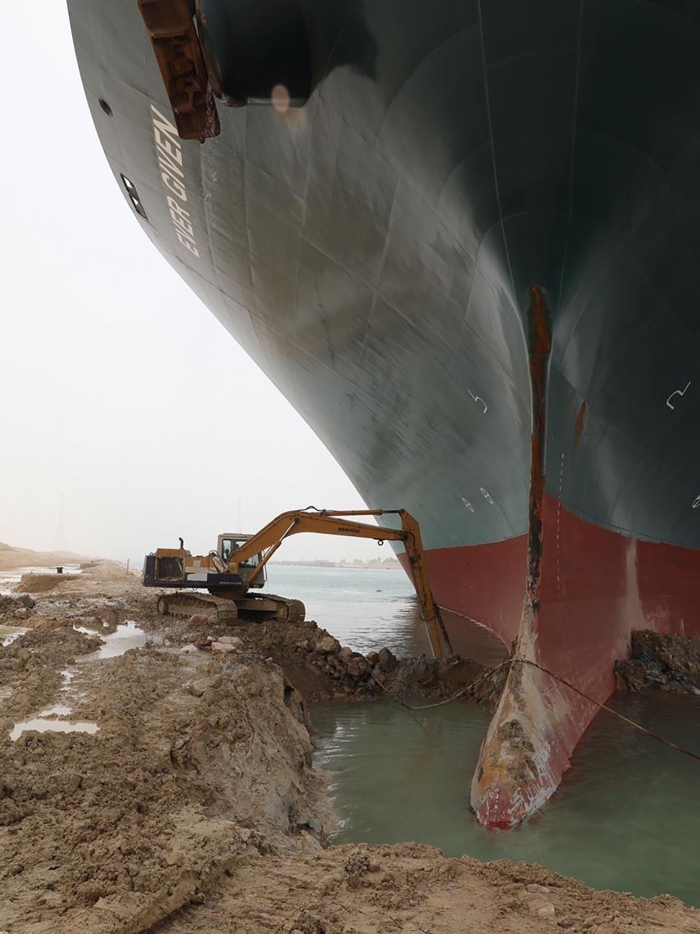 Eight large tugboats were continuing a struggle to free a giant container ship lodged crossways in the Suez Canal after the vessel ran aground earlier this week, bringing transit through one of the world's busiest waterways to a halt.

The Suez Canal Authority said in a statement Thursday that it had officially suspended traffic while efforts to dislodge the 1,300-foot Ever Given continued. The salvage operator working to free the ship said it could be weeks before it is refloated — raising the possibility of major new disruptions to global commerce just as supply chains have begun to recover from the COVID-19 pandemic.