Voting Rights And Voter Fraud, Kentucky, Elections
Save for Later
From The Center 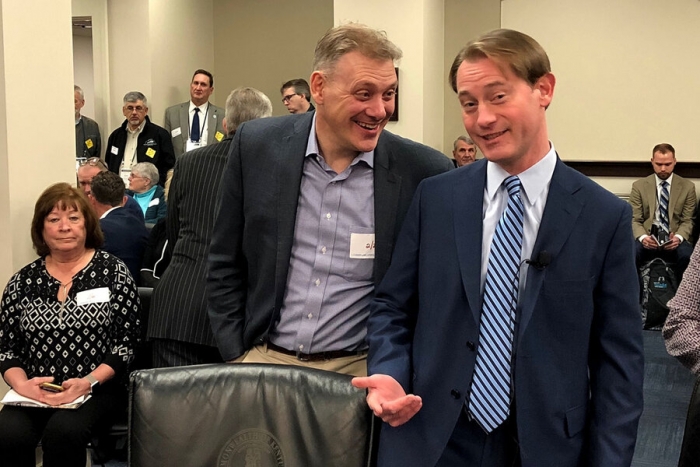 Democracy isn’t just about the right to vote, but about how election participation, in turn, impacts communities. Conservative Kentucky has found a bipartisan way to strengthen that right.

When Joshua Douglas wrote a book on how individual Americans are trying to expand voting rights as a way to help their communities, he didn’t expect a large Republican readership.

After all, Republicans have spent years trying to make it harder to cast a ballot at election time.

So when Michael Adams, Kentucky’s chief election official, called in 2019 to congratulate him...

Read full story
Some content from this outlet may be limited or behind a paywall.
Voting Rights And Voter Fraud, Kentucky, Elections