What critical race theory is -- and isn't

race and racism, critical race theory
Save for Later
Add to My Front Page
From The Left 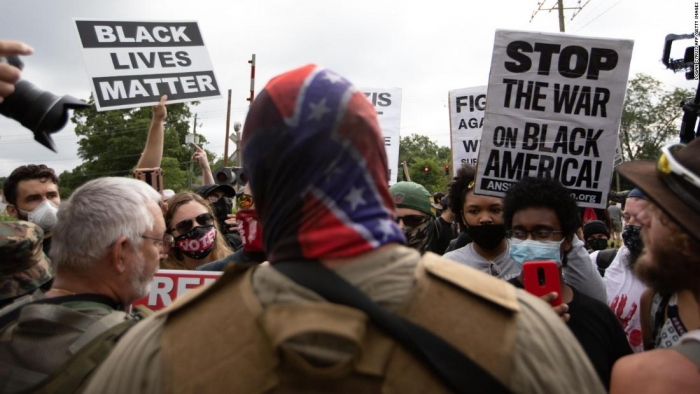 You may be hearing the term a lot these days, politicized and presented by its critics as a Marxist ideology that's a threat to the American way of life. It's a concept that's been around for decades, a concept that seeks to understand inequality and racism in the US.

To get a deeper understanding of what critical race theory is -- and isn't -- we talked to one of the scholars behind it.

Critical race theory recognizes that systemic racism is part of the American life, and...

NEWS
Pelosi, Leading Democrats Thank Ilhan Omar For ‘Clarification’ Of Statement That Appeared To Equate US, Israel With Hamas, Taliban
The Daily Wire

Members of Congress are now more racially and ethnically diverse than ever before. The people who work for those politicians are still overwhelmingly white...

Many U.S. companies have rushed to appoint Black members to their boards of directors since racial justice protests swept the country last year. But in the...

The NFL on Wednesday pledged to halt the use of “race-norming” — which assumed Black players started out with lower cognitive function — in the $1 billion...

President Biden is turning to Black-owned barbershops and beauty salons as part of his administration’s vaccination outreach effort as he strives to reach...

A black mother in Florida unloaded on critical race theory during a speech to the Florida Board of Education, warning that the far-left ideology was racist and...

The Florida Board of Education on Thursday approved a rule from Gov. Ron DeSantis that bans critical race theory ...