FBI, Brett Kavanaugh, background check
Save for Later
From The Left 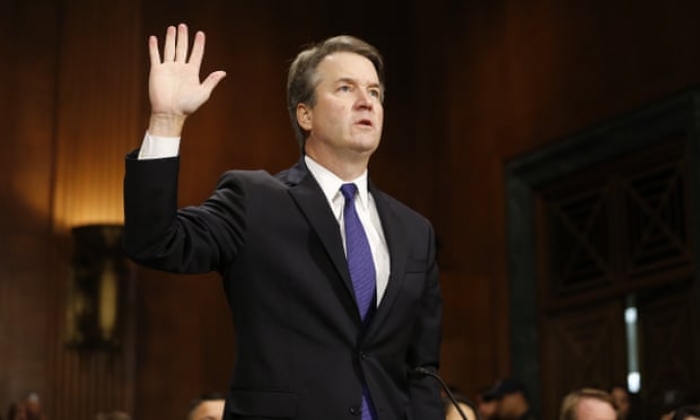 The FBI is facing new scrutiny for its 2018 background check of Brett Kavanaugh, the supreme court justice, after a lawmaker suggested that the investigation may have been “fake”.

Sheldon Whitehouse, a Democratic senator and former prosecutor who serves on the judiciary committee, is calling on the newly-confirmed attorney general, Merrick Garland, to help facilitate “proper oversight” by the Senate into questions about how thoroughly the FBI investigated Kavanaugh during his confirmation hearing.

The supreme court justice was accused of sexual assault by Christine Blasey Ford and faced several other allegations of misconduct following Ford’s harrowing testimony of an alleged assault when she and Kavanaugh were in high school.

The FBI was called to investigate the allegations during the Senate confirmation process but was later accused by some Democratic senators of conducting an incomplete background check. For example, two key witnesses – Ford and Kavanaugh – were never interviewed as part of the probe.

Among the concerns listed in Whitehouse’s letter to Garland are allegations that some witnesses who wanted to share their accounts with the FBI could not find anyone at the bureau who would accept their testimony and that it had not assigned any individual to accept or gather evidence.

“This was unique behavior in my experience, as the Bureau is usually amenable to information and evidence; but in this matter the shutters were closed, the drawbridge drawn up, and there was no point of entry by which members of the public or Congress could provide information to the FBI,” Whitehouse said.