Criminal Justice, assault, Brian Sicknick, Capitol breach, Violence in America
Save for Later
From The Right 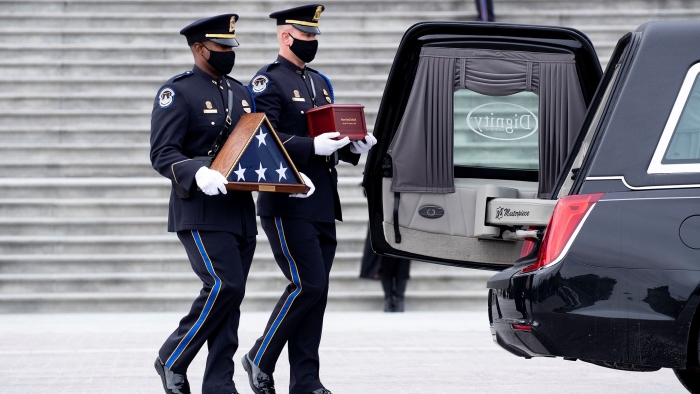 George Tanios and Julian Khater — of West Virginia and Pennsylvania, respectively — were arrested Sunday and slated to appear in federal court Monday. Multiple media reports initially indicated that Sicknick was “murdered” by rioters after being struck with a fire extinguisher, though investigators now believe that Sicknick may have died as a result of exposure to bear spray, according to the Associated Press.

Read full story
Some content from this outlet may be limited or behind a paywall.
Criminal Justice, assault, Brian Sicknick, Capitol breach, Violence in America

Bipartisan negotiations in the US Congress over a police reform bill that was prompted by the killing of George Floyd have collapsed. “We did the...

Police reform talks in Congress have fallen apart, as lawmakers could not strike a bipartisan deal despite the loudest calls in years to root out law...

Bipartisan talks on reforming police tactics and accountability, prompted by George Floyd's murder in May 2020, have ended without a compromise, Sen. Cory...