Beyoncé just made Grammys history - but who has won the most Grammy awards?

Arts and Entertainment, Culture, Grammy Awards
Save for Later
From The Left 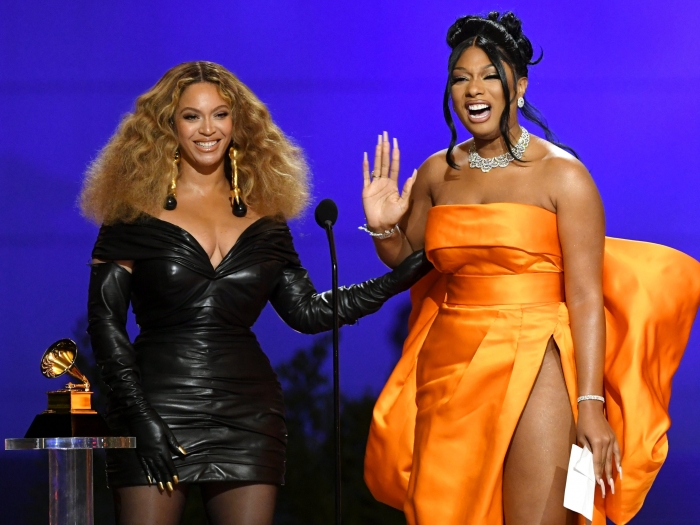 With her Grammy 2021 win for Best Rap Song (for her feature on Megan Thee Stallion's "Savage" remix), Beyoncé became the first female artist with the most Grammys to her name.

The “Black Parade” singer now has won a total of 27 Grammy awards, which ties her with Alison Krauss, also at 27 trophies.

Megan Thee Stallion also received the first televised Grammy of the night for Best New Artist, and earlier in the evening, Beyoncé won Best Music Video for “Brown Skin Girl”, which she shares with her daughter Blue Ivy Carter, who is now the second youngest person to ever win a Grammy.

During their acceptance, Megan thanked her hometown hero Beyoncé (both artists are from Houston, Texas), describing how she used to ask herself, “What would Beyoncé do?”

NEWS
Pulling punchlines: Comedy can be offensive. But should it be reined in?
Christian Science Monitor