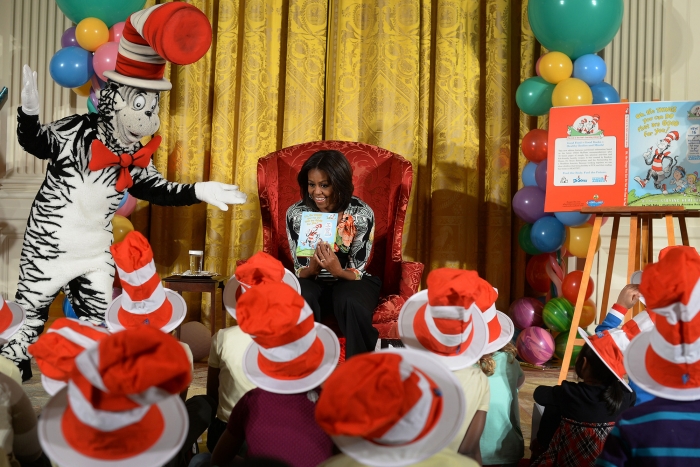 Clips of the Obamas praising and quoting the famous author back in 2015 have resurfaced in the wake of the Biden administration stripping his name from Read Across America Day.

In an April 2015 meeting between the then-president and White House interns, where he took questions from the group, Obama told the young politicos that “pretty much all the stuff you need to know is in Dr. Seuss.”

“It’s like the Star-Belly Sneetches, you know? We’re all the same, so why would we treat somebody differently just because they don’t have a star on their belly? If I think about responsibility, I think about Horton sitting on the egg up in the tree, while Lazy Mayzie’s flying off, doing whatever she wants. You know what I mean?” the 44th president asked the group of interns, referencing the Seuss classics “The Sneetches” and “Horton Hears a Who!”