World, Nigeria, Kidnapping, Human Trafficking
Save for Later
Add to My Front Page
From The Right 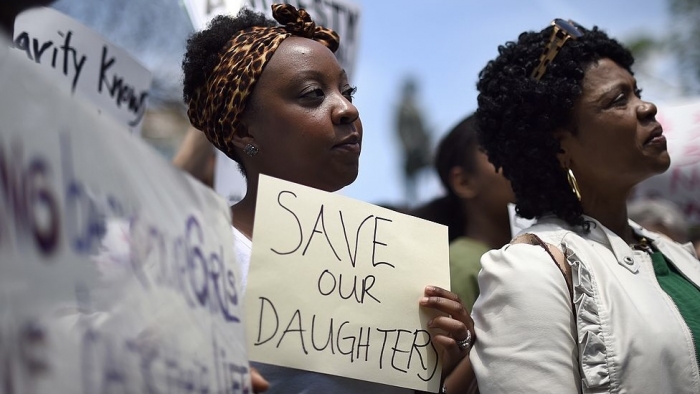 A Nigerian state governor announced on Tuesday that hundreds of girls who were kidnapped last week from a boarding school have been freed.

The girls, ages 10 and up, dressed in light blue hijabs and barefoot, packed into Zamfara state’s Government House conference room. They appeared calm, chatting to one another as they sat in long rows while journalists photographed them. They will receive a medical checkup before being returned to their parents.

Zamfara Governor Bello Matawalle said that 279 girls had been released after being...

Cuba's Raul Castro steps down, ending the era of his famous clan at the country's helm

When Raul Castro announced three years ago that he would step down in 2021 as head of Cuba's all-powerful communist party, he surely envisioned the island on...

Progressives Call for Action on the Yemen Blockade

In early February, President Joe Biden announced that he would end US support for the Saudi-led war in Yemen, where six years of continuous conflict have...

Will Afghanistan Become a Terrorism Safe Haven Once Again?

Not likely, at least in the short term, intelligence officials assess. But stopping terrorism groups over the long term could be more difficult. The Sept....

Cuba readies for life without Castro

For the first time in more than 60 years, Cuba is poised to have a government without a single Castro. Raúl Castro, who succeeded his brother Fidel as the...

Russia will expel 10 U.S. diplomats and add eight current and former U.S. officials to its no-entry list in retaliation for sanctions that the Biden...

Prince William and Prince Harry won’t walk side-by-side Saturday as they follow their grandfather’s coffin into the church ahead of Prince Philip’s funeral,...

'We have won the war, America has lost', say Taliban

Raul Castro said Friday he is resigning as head of Cuba‘s Communist Party, ending an era of formal leadership by him and his brother Fidel Castro that began...

Defense Secretary Lloyd Austin is reiterating the United States’ “enduring and ironclad” commitment to Israel as tensions between the Jewish nation and Iran...

Iraqi PM Grapples with Militia Threat as Talks with US Start

Iraq’s prime minister asked Iran's leaders to rein in Iran-backed militias in Iraq and in a strongly worded message to Tehran, suggested he would confront the...