Foreign Policy, Alexei Navalny
Save for Later
Add to My Front Page
From The Left 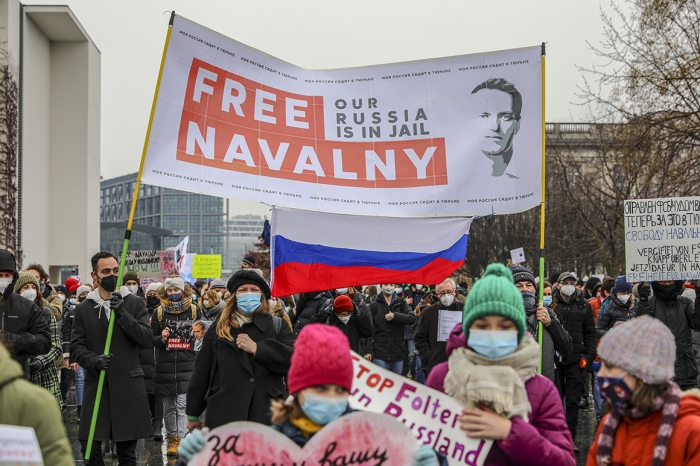 The U.S. intelligence community has concluded with high confidence that Navalny was poisoned last year with a banned nerve agent called Novichok by the Russian security services, the administration revealed on Tuesday. Navalny received treatment for the poisoning in Germany and was arrested upon his return to Russia in January.

NEWS
US-Iran Negotiations
The Flip Side

He reshaped the federal judiciary. He made history as the longest-serving Senate GOP leader. But Mitch McConnell has unfinished business more than 8,000 miles...

The United States and Iraq concluded talks Wednesday on America’s troop presence here, issuing a joint statement that emphasized the growing capacity of the...

If North Korea wanted to get America's attention, it seems to have worked. This week Kim Jong Un's regime fired two ballistic missiles into the Sea of Japan...

The United States and its allies in Canada, Britain and the European Union on Monday announced sanctions on several Chinese officials alleged to have links to...

“Diplomats from major powers met separately on Wednesday with Iran and the United States to discuss how to bring both back into compliance with the 2015...

The West’s Obsession With ‘Good Refugees’ Is Bad Policy
ANALYSIS

Ty McCormick’s Beyond the Sand and Sea is a heart-wrenching story that chronicles the life of a Somali family trapped in a seemingly endless state of...

Russia is massing an unusual number of troops on the border with Ukraine, posing an early test for the Biden administration as it looks to repair relations...

U.S. relations with China are a minefield of potentially explosive problems, yet the biggest risk is a subtle one: the danger that China overestimates the...

President Joe Biden has pitched his infrastructure package as a weapon essential to keeping pace with China, calling it a "blue-collar blueprint" that his...

Iraqi PM Grapples with Militia Threat as Talks with US Start

Iraq’s prime minister asked Iran's leaders to rein in Iran-backed militias in Iraq and in a strongly worded message to Tehran, suggested he would confront the...

The Biden administration’s efforts of bringing allies together to fight the Chinese Communist Party (CCP) seems to be working. During the Cultural Revolution,...

Unscrupulous used car dealers could learn a trick or two from America’s foreign policy mandarins when it comes to bait-and-switch tactics. Repeatedly, U.S....

Biden ‘proud’ of team after China mocks US at Alaska summit

President Biden on Friday said he’s “proud” of Secretary of State Tony Blinken after the top diplomat sat through an anti-American tirade from Chinese...