Politics, Polarization, Violence in America, misinformation and disinformation
Save for Later
Add to My Front Page
From The Center 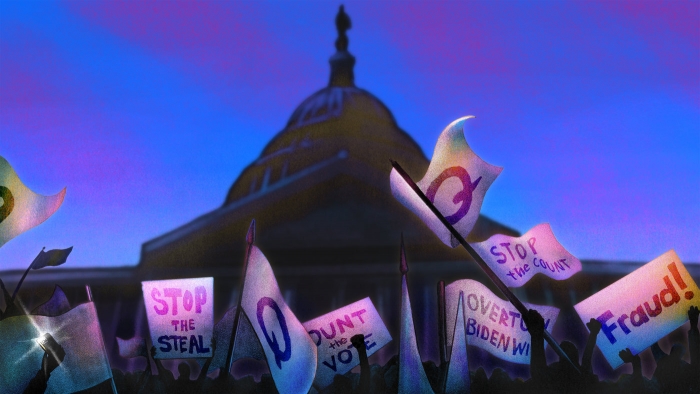 One day before the insurrection at the U.S. Capitol in January, thousands of miles away in northern California, anger began to boil over at a meeting of the Shasta County Board of Supervisors.

"This is a scamdemic, it's a plandemic, and it's a damndemic. We're sick of it!" one woman shouted.

Again and again, residents railed against public officials for enforcing social distancing rules. Some warned of "civil war" and possible violent resistance from militias and other groups.

The potential consequences of false ideas played out in deadly form on...

Incendiary warnings by Democratic Rep. Maxine Waters about the potential outcome of the trial of the ex-police officer charged with killing George Floyd could...

In the last days of his life, former Vice President Walter Mondale received a steady stream of phone calls of appreciation. Former Presidents Jimmy Carter and...

Former Vice President Walter Mondale, who was also the Democratic nominee for president in 1984, died on Monday at the age of 93. Kathy Tunheim, a...

Ayanna Pressley Wants To Cancel the Rent. She's Also Made at Least $15,000 As a Landlord.
ANALYSIS

Rep. Ayanna Pressley (D–Mass.) wants to cancel the rent. She also is the owner of a rental property from which she and her husband have received tens of...

Walter Mondale, a Democratic vice president who was beaten by Ronald Reagan in a landslide presidential election in 1984, died at his home in Minneapolis on...

Hysteria, groupthink and a fair amount of hypocrisy are the key ingredients in a ­ruinous cocktail that has managed to intoxicate some formerly profit-focused...

Pelosi: Waters Should Not Apologize for Urging Protesters to ‘Get More Confrontational’

House Speaker Nancy Pelosi on Monday said she does not believe Representative Maxine Waters (D., Calif.) should apologize for her recent suggestion that...