Politics, Neera Tanden, tweets
Save for Later
Add to My Front Page
From The Left 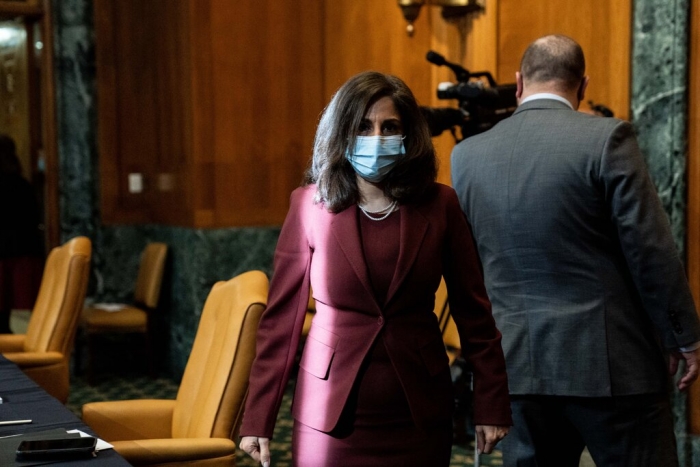 Republicans have criticized her tweets, but Democrats say former President Donald J. Trump’s were much worse as they assail what they call a double standard.

Ms. Tanden, President Biden’s choice to run the Office of Management and Budget, has a yearslong trail of problematic tweets, many aimed at certain key senators who control the increasingly precarious fate of her nomination.

A procession of these senators — Joe Manchin III, Democrat of West Virginia, and the Republicans Susan Collins of Maine...

Read full story
Some content from this outlet may be limited or behind a paywall.
Politics, Neera Tanden, tweets

Four Ways of Looking at the Radicalism of Joe Biden
OPINION

It’s unexpected, but it’s not inexplicable. Joe Biden didn’t wake up one day and realize he’d been wrong for 30 years. I covered him in the Senate, in...

The early political and economic debate over President Biden’s $2 trillion American Jobs Plan is being dominated by a philosophical question: What does...

Liberal activists are stepping up calls for corporate America to denounce Republican efforts to tighten state voting laws, and businesses accustomed to cozy...

Former Georgia state Rep. Vernon Jones will challenge Gov. Brian Kemp for the state’s top job in 2022. Jones, a pro-Trump former Democrat, will be among...

As the story of Russian bounties on U.S. troops gained traction in the press, Liz Cheney seized the opportunity to undermine her own party. U.S....

Democrats, after slamming Trump for upending ‘norms,’ now eyeing sweeping changes of their own

Democrats, throughout the Trump administration, warned about how the 45th president was a threat to democracy and to the norms of the country -- but since he...