race and racism, Terrorism
Save for Later
Add to My Front Page
From The Center 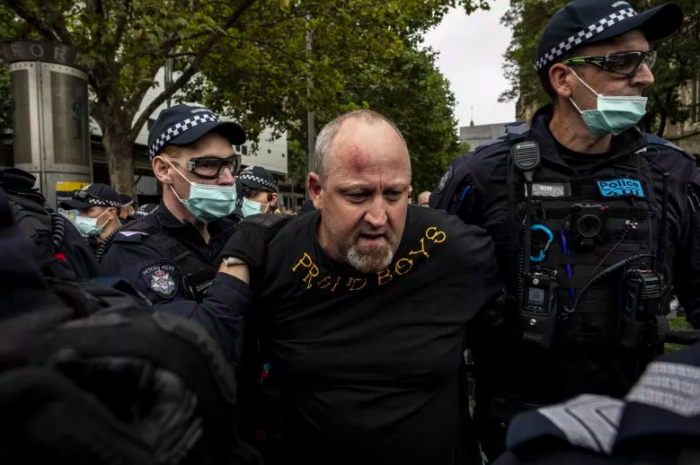 The United States' international "War on Terror" against extremism is in its 20th year, but experts and former officials warned Newsweek that it was the U.S. itself that may feed the next wave of global terrorism should hateful ideologies like white supremacy continue to flourish within its borders.

"They already have begun exporting their hate," Walder told Newsweek.

Read full story
Some content from this outlet may be limited or behind a paywall.
race and racism, Terrorism

NEWS
Rules 'for white people' posted at barricaded entrance of George Floyd Square in Minneapolis, the 'sacred space' where he died
TheBlaze.com

As the Senate prepares to take up her anti-Asian hate crime bill this week, Sen. Mazie Hirono, D-Hawaii, said Monday the bill represents a chance for lawmakers...

President Biden and Vice President Kamala Harris in remarks Tuesday called the conviction of Derek Chauvin for the murder of George Floyd a step forward toward...

Transportation Secretary Pete Buttigieg recently kicked off a social media frenzy when he said that racism has sometimes been a part of highway planning and...

Outraged and spiritually exhausted residents of Brooklyn Center on the outskirts of Minneapolis have condemned what they described as a long track record of...

Why should a cop's blue fear matter more than my Black life?
OPINION

I'm a Black man who has never personally had a nasty run-in with the police. I should have no trouble with them. But I fear them, and I know they fear me....

The Senate on Thursday passed legislation aimed at combating a rise in hate crimes against Asian Americans during the coronavirus pandemic in a 94-1 vote, with...

Capping nearly two weeks of talks between Democrats and Republicans, the Senate approved legislation on Thursday to ramp up law enforcement efforts to better...

With trial over, what next for racial justice?

For much of the country, it has felt like racism itself was on trial in Minneapolis. What does the verdict say about where America goes from here? There...

The trial and conviction of former Minneapolis policeman Derek Chauvin for murdering George Floyd came with America at a crossroads, a moment of anguish, but...

The Senate is on track to vote this week on an expanded version of a bill to address a rise in violence against Asian Americans and Pacific Islanders, as a...

Rules 'for white people' posted at barricaded entrance of George Floyd Square in...

Remember George Floyd Square in Minneapolis? The "autonomous zone" of several barricaded blocks where Floyd died last May that the city has allowed to exist —...

Star NBA player LeBron James has ignited another controversy and, again, the National Basketball Association and his mega-sponsors are staying silent amid the...

Education is not typically a high-profile policy area for administrations, but it's proving problematic for President Joe Biden as his team pushes teaching...

The Senate voted to advance Asian American hate crime legislation on Wednesday despite criticisms from some Republicans that the measure is a messaging bill...

An Army officer involved in the investigation into the Fort Jackson sergeant seen in a viral video allegedly accosting and shoving a Black man in a local...