Violence in America, Capitol Chaos, FBI, National Security
Save for Later
From The Left 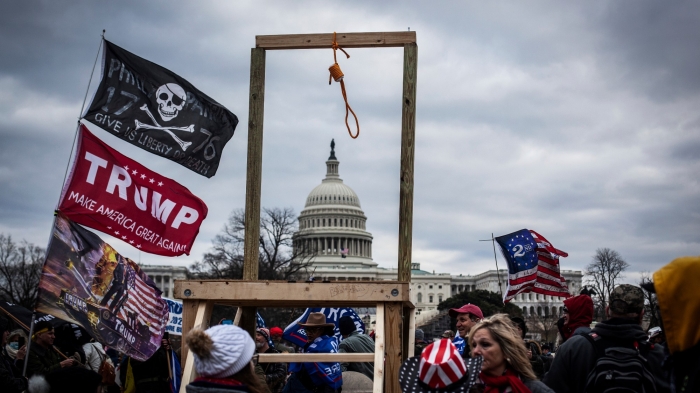 During a Senate hearing on Tuesday examining the January 6 attack on the US Capitol, former security and law enforcement officials largely blamed a lack of proper intelligence for being unprepared. But, according to one former security official who testified, the FBI had sent out an intelligence report days before the 6th that detailed the high probability of right-wing violence that could take place on the Capitol. But that report somehow never reached the top officials who had the authority to properly act on it.

During the joint hearing by the Senate Homeland Security and Government Affairs and Senate Rules Committee, former US Capitol Police Chief Steven Sund, who resigned under pressure in the immediate aftermath of the insurrection, said that it was “a clear lack of accurate and complete intelligence” that led to the breach of the Capitol, and “not poor planning by the Capitol Police.” But he also revealed to lawmakers that it wasn’t until after the attack that he learned his officers had received a report from the FBI that detailed specific calls for violence around the Capitol on the 6th. Sund said that it was only in the last 24 hours before the hearing that he learned from the FBI that the USCP had actually received their report.