Criminal Justice, Violence in America, Capitol Chaos
Save for Later
Add to My Front Page
From The Center 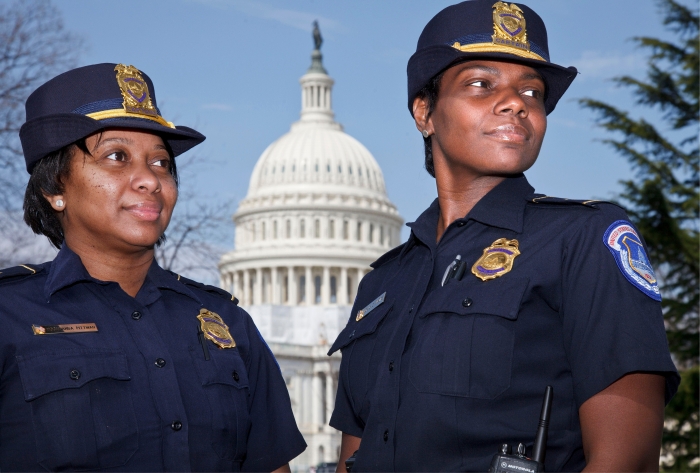 More:U.S. Capitol riot: Top officials say they did not see FBI warning of calls for violence

One rioter was fatally shot that day by a Capitol police officer when she attempted to climb through a shattered glass door at the Capitol building.

Acting Capitol Police Chief Yogananda Pittman, left, stands next to Monique Moore, right, in 2012 when they were promoted as the first two African-American women to rank of captain on the...

NEWS
America's Streets Are Spared, But Was Justice Done in the Chauvin Trial?
Townhall

As the jury’s verdict was read — guilty, guilty, guilty — millions of Americans breathed out. Despite the widely circulated video capturing Derek Chauvin...

The law delivered justice to George Floyd. America's political leaders are up next
ANALYSIS

The conviction of Derek Chauvin showed George Floyd's life really did matter to a justice system on trial. Now, millions of Americans wait to see whether a...

As Chauvin is convicted on all counts, what’s next for him and the other police officers tied to...

The nation is still abuzz Wednesday after a jury convicted former Minneapolis police officer Derek Chauvin on all counts of murder and manslaughter in the...

President Biden and Vice President Kamala Harris in remarks Tuesday called the conviction of Derek Chauvin for the murder of George Floyd a step forward toward...

We must end ‘qualified immunity’ for police. It might save the next George Floyd
OPINION

On the night of 30 May last year, I was standing at the mayor of Atlanta’s podium, wondering what I might say to keep my home town from burning itself to the...

Derek Chauvin will likely appeal his guilty verdict in George Floyd's murder. But the odds...

Now that fired police officer Derek Chauvin has been convicted on all three counts against him, he can still file an appeal. But the odds are not good,...

Is it time to take the police out of traffic stops?

Traffic stops are the most common way Americans interact with the police. The Brooklyn Center, Minn., police killing of Daunte Wright, a 20-year-old Black man...

Former Minneapolis Police officer Derek Chauvin was convicted on all three counts against him Tuesday, closing this chapter of the case which began with George...

The jury has found former police officer Derek Chauvin guilty on all counts in the murder of George Floyd last May. Chauvin, 45, was found guilty of second...

A US police officer who died after January's Capitol riot had two strokes and died from natural causes, the chief medical examiner for Washington DC has ruled...

America's Streets Are Spared, But Was Justice Done in the Chauvin Trial?
OPINION

I spent an entire talk show Tuesday morning telling the audience why I found reasonable doubt dripping from multiple layers of the case against Derek Chauvin...

Derek Chauvin's murder conviction was met with widespread approval among those seeking justice for George Floyd, but the trial's outcome may not be set in...

Former President George W. Bush offered his views on the trial of Derek Chauvin as the jury deliberates on a verdict Tuesday, saying many have “already made up...