sports, Golf, Tiger Woods, car crash
Save for Later
Add to My Front Page
From The Right 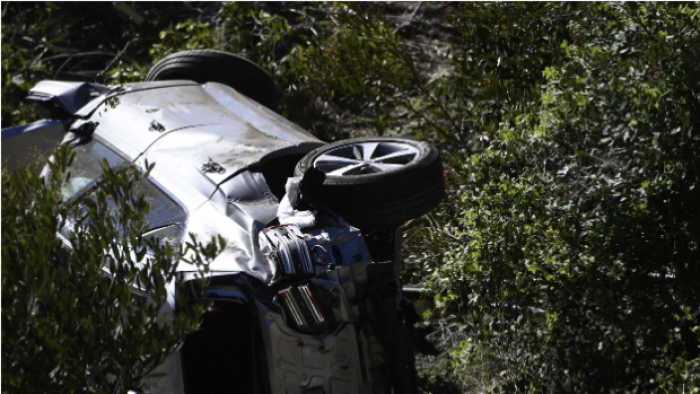 Tiger Woods is recovering from surgery after suffering "significant orthopedic injuries to his lower right extremity," which were sustained in a Tuesday wreck.

Woods, 45, was in Los Angeles on Tuesday when he was involved in a single-car crash.

Following the lengthy Tuesday surgery, Woods was "awake, responsive, and recovering in his hospital room."

"Comminuted open fractures affecting both the upper and lower portions of the...

Georgia has a long history of attracting national sports events, but a controversial new voting law might have severe repercussions for that tradition. A...

Spectators From Overseas Are Barred From Tokyo Olympics

Spectators from overseas will not be allowed to attend the Summer Olympics in Japan, organizers said on Saturday, making a major concession to the realities of...

As sports fans return to stadiums, arenas and ballparks, those who have been vaccinated and those who have not may be seated in separate sections. Let me quote...

As the coronavirus pandemic raged, Ben Golliver, the national NBA writer for The Washington Post, spent three months alone in the NBA’s “bubble” in Disney...

Did Pelosi Tweet Use Photo of Wrong Athlete in Tribute to Willie Mays?
FACT CHECK

Winners and losers in Super League plan for European soccer

The plan for a Super League is shaping up as perhaps the most polarizing idea in European soccer in more than a generation. The project announced early...

Star NBA player LeBron James has ignited another controversy and, again, the National Basketball Association and his mega-sponsors are staying silent amid the...

Following up on a decision made last December to allow Olympic athletes to “peacefully and respectfully” engage in demonstrations for racial and social justice...