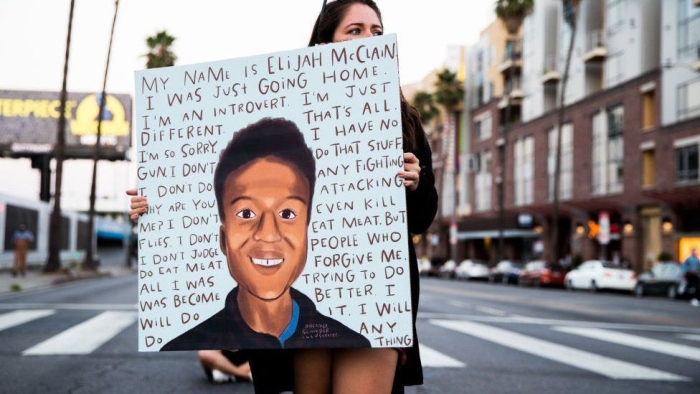 An independent report in Colorado has said that officers involved in the death of a young black man in police custody had no legal standing to stop, frisk and detain him.

Elijah McClain died in 2019 in the city of Aurora, three days after being put in a chokehold and injected with ketamine.

A panel of outside experts faulted the police officers for stopping the 23-year-old and the paramedics for giving him too much ketamine without a proper examination.

Officers were initially cleared of wrongdoing, but the case sparked outrage...

When Wyoming U.S. Sen. John Barrasso snapped at Deb Haaland during her confirmation hearing, many in Indian Country were incensed. The exchange, coupled...

When Chanin Kelly-Rae started working at Amazon in 2019 as a global manager of diversity in the company’s cloud computing division, she had big ambitions for...

Black History Month has been celebrated in the United States for close to 100 years. But what is it, exactly, and how did it begin? In the years after...

With Free Medical Clinics and Patient Advocacy, the Black Panthers Created a Legacy in Community...
ANALYSIS

In the first minutes of the new film Judas and the Black Messiah, released Feb. 12, it shows archival footage of the free ambulance service started by the...

The chief of the Cherokee Nation has asked Jeep to stop using the tribe's name on its SUVs. In a statement to Car and Driver, Chuck Hoskin, Jr., principal...

San Francisco has made a stunning about-face, walking back a controversial decision to scrub 44 “racist” names from its schools — including George Washington...

A staffer at Smith College has resigned, publishing a letter accusing the elite women’s university of creating a “racially hostile environment” against white...

As the nation continues to deal with racial injustice, February provides us with the opportunity to celebrate the many Black Americans who have shaped our...